An Auckland woman has been fined and banned from breeding cats after the noise and smell distressed some neighbours so much they were forced to move. 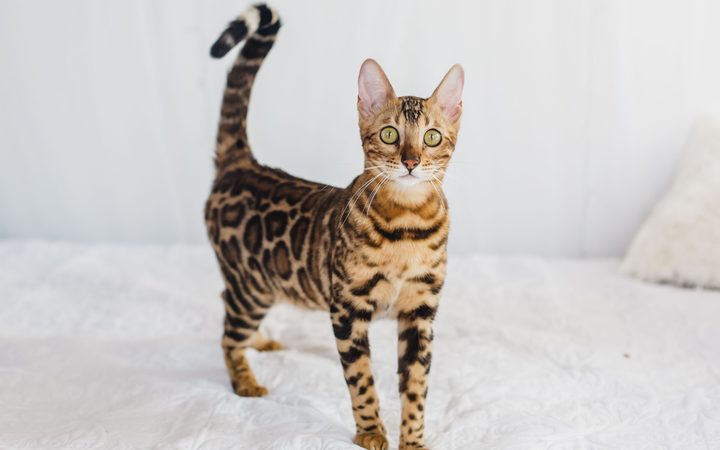 The judge said the woman clearly cared about the Bengal cats she was breeding, but has been banned from doing so on her west Auckland property. Photo: lelik83/123RF

Court documents released last week show Tatjana Young had been breeding Bengal cats since about 2012 at her property in Massey, west Auckland.

But over the course of four years, neighbours complained to the Auckland Council. She was prosecuted under the council's animal management bylaw in August.

They told the council that the cats "emitted strong smelling urine, particularly during breeding times", and the noise was "extremely piercing" and sounded "like a child being hurt".

Judge Anna Johns said it was clear she was passionate about her animals, and they formed part of her day-to-day life.

However, in sentencing she said the nuisance had been ongoing for some years, and had a significant impact on close neighbours.

"It has disrupted sleep, the level of urine odour caused health reactions and family members moved out of one of the neighbour's homes beacuse they could not live with the noise of the cats," Judge Johns said.

She added that she had listened to a recording made by one of the neighbours, who was a significant complainant.

"The noise is extremely loud and piercing and it was occurring during night hours way above any permissable level."

In May this year, an SPCA inspector who visited the property said the cats were well looked after, and there were no concerns.

Despite that, Judge Johns granted an injunction against Ms Young, which prevented her from breeding cats because the noise and smell which formed part of the complaint had been ongoing for years.

The judge also ordered that all male cats and kittens be removed from her property, and she was banned from breeding on the property.