A large scrub fire has swept through at Kohuora Park in Papatoetoe. 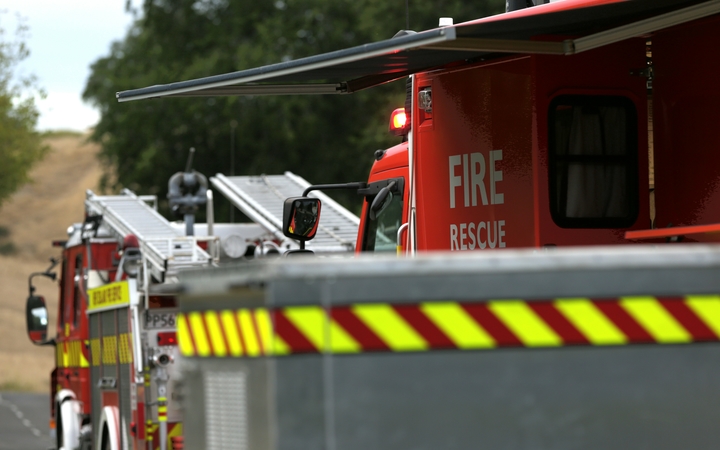 Eight fire crews were sent to the native wetland area early this afternoon, and the fire is now out.

Manurewa Fire Station Officer Roy Williams and his crew were first to reach the scene.

"We could see the smoke before we arrived."

"It was a huge, huge smoke development out of this fire because what's actually burning in there, it's a swamp and the undergrowth under the vegetation here is very dry.

"Very, very dry ... and when it gets into flame it spreads very quickly," he said.

He said several acres of the reserve was covered by either flame or smoke.

"The fire took off very very quickly and it created a huge smoke front which basically covered the whole reserve, which was more of a concern than the fire itself to be honest.

"We've had such a long dry period so things dry out very quickly, add to that the wind that we've had that dries the material even more. If you get a smoldering even without a flame, it won't take long for that to take off.

Conditions have been dry around New Zealand.

It has led to fires across the country including in South Auckland, Wiri and Tokoroa today, a large fire the size of four football fields in Waikumete Cemetery, several fires in Canterbury earlier in the week.

"It might have been something as innocent as someone discarding a cigarette."

Malia Dreaneen's home borders the reserve and she called 111 after seeing smoke.

"It wasn't that much until five minutes before they got here. The whole area was covered.

"It was really massive. It happened yesterday but not as much as it was today. It was just one truck.

She said she was concerned for her property, with the wind blowing the smoke and embers around the reserve.