Hundreds of people are already selling their unwanted Christmas gifts on TradeMe. 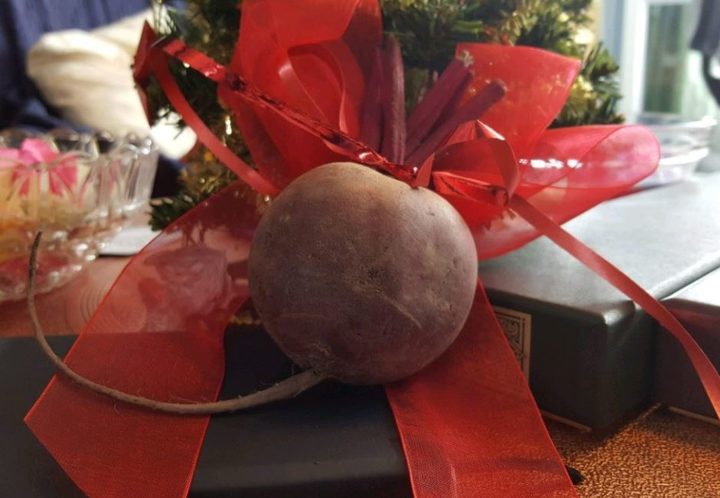 A beetroot is being sold as an unwanted Christmas gift on TradeMe. Photo: graeme_woller/TradeMe

This morning the website had more than 700 listings from people trying to make money off their present.

TradeMe spokesman Logan Mudge said last year the website had over 500 and 50,000 unwanted gift searches on Boxing Day. He expects to see as many again this year.

"It's become a Kiwi tradition to check out the unwanted Christmas gifts on Trade Me," he said.

In a survey of carried out by the online company, 53 percent of New Zealanders said they were happy with people selling a present they didn't want.

The survey also revealed that 85 percent of Kiwis admitted they would pretend to like a present they didn't want and only two percent would be blunt about their disappointment.

"Many Kiwis will have prepared their best Oscar-winning performance when they unwrapped a clanger yesterday," Mr Mudge said.

"In 2014, a Trade Me member from Rotorua listed a packet of expired, broken and half-eaten Sampler biscuits which had been a present from a family member. Someone else's

Christmas card, signed and all, went up for auction in 2015. Last year it was Robbie Shefford from Ashburton stealing the show and taking the mickey with his unwanted $100 note."

He said this year they are expecting to see a few fidget spinners, along with double-ups of console games and a plethora of CDs.

Five odd unwanted gifts on Trade Me so far today:

2. A faulty dancing and singing baby