Costs of moving Auckland's vehicle import trade away from the waterfront port would outweigh the benefits by $1 billion, a report the council tried to suppress says. 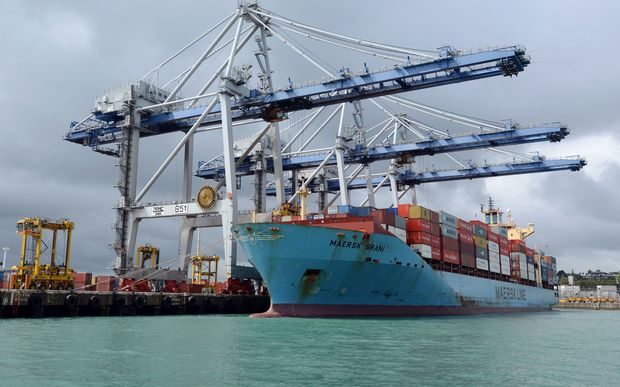 Auckland's port handles more than two-thirds of the country's vehicle imports, and NZIER's report looked at the costs and benefits of moving that business either to Northport, or Port of Tauranga.

It was commissioned by the city's mayor Phil Goff, who favours relocating first the vehicle trade, then the entire port, but it was released to RNZ only after the intervention of the Ombudsman.

The Labour-led government has also promised to examine the prospect of relocating the port operations, with coalition partner New Zealand First having campaigned on moving the car trade to Whangarei's Northport within two years.

However, NZIER's analysis - the first detailed analysis of the possibility - found the costs would outweigh the benefits by about $1 billion.

"It is difficult to justify moving the vehicle imports from Auckland on either competitive or efficiency grounds," the report said.

It found up to 10,000 Auckland jobs in the wholesale vehicle sector could be lost.

"Many industries in the supply chain are concentrated around the residential suburbs in South Auckland creating employment opportunities in areas of socio-economic deprivation," said the report.

It valued the gain from reclaiming the use of the some of the 12.5ha used for vehicle imports at around $115m, but the net cost of shifting to Northport as $943m, or $1.05bn to Tauranga.

Losing the imports would cut revenue at the council-owned Ports of Auckland by $15m a year, and reduce the company's value by $170m.

The report detailed other potential disadvantages, including time and cost of transporting the vehicles needed by Auckland - about two-thirds - back to the city.

"The estimated value of the amenity benefits required to offset the loss in competitiveness are significant and accrue largely to a small proportion of the Auckland population, while the costs will be borne across the upper North Island," it said.

"Our analysis concludes that the willingness to accept the loss in competitiveness can only be justified on the basis that Auckland places an extremely high value (approximately 10 times the land value uplift itself) on the visual amenity benefits to a change in the use of Ports of Auckland's land."

Ports of Auckland proposes spending up to $85m on berth improvements and a multi-storey carpark to cope with the growing vehicle trade.

Mr Goff said the report only looked at the two, specific options.

"And that's moving the vehicles from Auckland to Whangarei, or to Tauranga. They have not looked and they've explicitly ruled out relocating the port.

Mr Goff said the report did not look at all the alternatives, and undervalued other uses of port land which could be freed up.

"The restoration of public access to the harbour which is why big cities around the world like Sydney and Brisbane have moved their ports out of their CBD," he said.

"Secondly they haven't considered the alternative use for example of Captain Cook Wharf for international cruiseline visits."

However NZIER chief executive Laurence Kubiak said that was never part of the job.

"We were asked to look at the alternatives that are theoretically possible today, so existing ports.

"You know, hypothetical ports that don't yet exist were never a part of our brief."

Mr Kubiak also responded to Mr Goff's criticism that the report did not explore many benefits, saying they were too hard to pin down.

He said the report was purely to outline the costs against which the council could balance the benefits once it found a future use for land.

The report found Northport and Port of Tauranga would have to invest $156m and $160m respectively to manage the trade.

Mr Goff had requested the work be done by council agency ACIL, and a version of the report has been in council hands since May.

The council declined to release the report to RNZ earlier this year, citing commercial sensitivity, saying it was not complete.

However, the Office of the Ombudsman found the report should be a released, and a version dated 7 September was provided by the council to RNZ.

"We have reconsidered our decision on your request as the report is no longer in draft form," the council wrote in a covering letter.

Mr Goff said the report was paid for by Ports of Auckland.