The tragic death of a teenager who fell head-first into a flooded drain sparked safety questions - but a review by Auckland Council has ruled them to be safe. 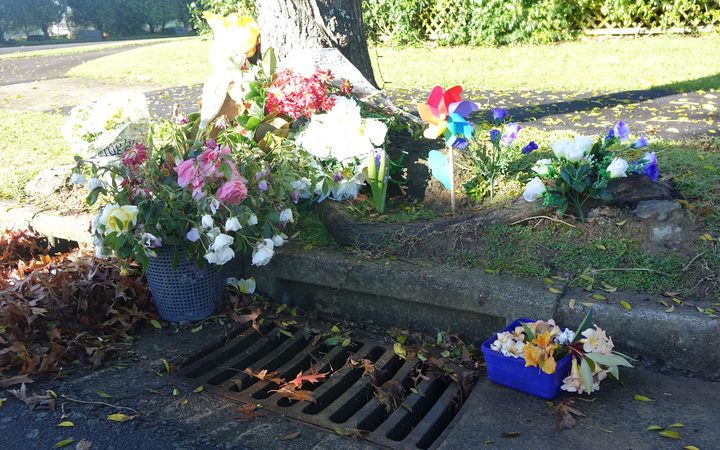 It's believed Violet Tupou was trying to retrieve a ball from the drain when she fell in and died Photo: RNZ / Jessie Chiang

The council released the two-part review into catchpit safety after Violet Tupou died in June.

The 17-year-old is thought to have drowned trying to retrieve a ball from the drain in South Auckland.

In 2009, two-year-old Aisling Symes also drowned after falling into a partly open manhole in Henderson.

At the time of Tupou's death, Manukau ward councillor Efeso Collins said the Mangere-Otahuhu board had previously raised the issue of missing drain lids with the council.

He said that should have been a warning sign that something needed to be done.

But the council review, released today, found there were 118,000 catchpits in the region but serious incidents were extremely rare.

The one at the location where Miss Tupou died was typical of others across the Auckland region, and the grate weighed 48kg.

If a grate above is missing, the council will usually respond within an hour, with the problem treated as an emergency.

The report found that Auckland Transport replaced 599 grates, and Auckland Council replaced 52 grates, that had gone missing between July 2012 and May 2017 -and all were replaced within at least two hours of them being reported missing.

Despite that, the review found that catchpits are safe stormwater treatment devices, especially when compared with manholes, culverts or pipe inlets.

The likelihood of a person becoming stuck, in a way that leads to their death, was rare and none of the hazards associated with them were considered high risk.

However, the council has started to implement several recommendations, including improving public awareness around the safest process for retrieving items from drains.

It would also consider whether some posed a higher risk due to their location, and whether they should be fitted with locks.

The council said in a statement they remained "deeply saddened" by Miss Tupou's death.

"Our thoughts have very much been with Violet's family, who now face their first Christmas without their precious daughter," Barry Potter, the council's director of infrastructure and environmental services, said.

"It has been a very difficult time for them and the wellbeing of the family has been a priority for us throughout this process.

"This review highlighted that incidents involving catchpits are very rare, and that they are generally a safe piece of infrastructure. However, we are working closely with Auckland Transport to take steps to further enhance the safety of our catchpits," he said.

"We'd like to ask people to stay safe around drains by not removing drain grills or covers."

Violet Tupou's death has been referred to the coroner.

CORRECTION: This story originally reported the review had found 599 grates had gone missing and 52 had been replaced.