Broadcaster Mike Hosking's comments about voter eligibility for the Māori party were inaccurate and misleading, the industry watchdog says. 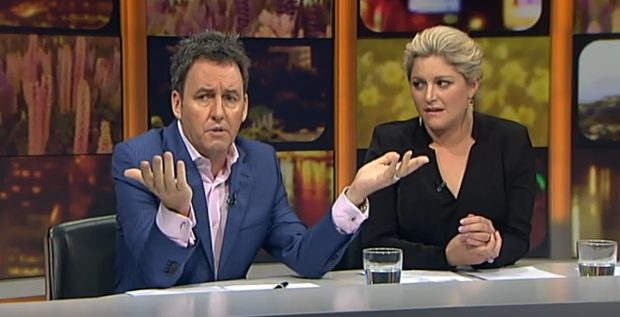 In August, during the election campaign, Mr Hosking incorrectly said his co-presenter Toni Street could not vote for the Māori Party because she was not enrolled in a Māori electorate.

In fact, anyone could cast a party vote for the Māori Party and the party also stood candidates in some general electorates.

In a follow-up broadcast, Mr Hosking attempted to clarify what he had said, saying "the fact that anyone can vote for [the Māori Party] as a list party I automatically assumed we all knew given we have been doing this for 20 years ... and it went without saying. So hopefully that clears all of that up."

The authority described the clarification as "flippant and too general to correct the inaccurate information for viewers".

There was high value and public interest in political speech during the election and it was important to ensure audiences were accurately informed about elections, the decision said. The authority said Mr Hosking's comments were presented at a critical time, when voters required accurate information.

"Voters not enrolled on the Māori electoral roll can cast a party vote for the Māori Party, or vote for one of the 18 Māori Party candidates representing general electorates in the 2017 General Election.

"This was an important issue, particularly during the election period, and had the potential to significantly affect voters' understanding of the Māori roll and of New Zealand's electoral system.

"In this case, the flippant apology provided did not reflect a genuine appreciation for the important role of media during this time."

The authority said it was appropriate to broadcast an on-air public acknowledgement of the accuracy breach "before the summer holiday break" and ordered a statement to be broadcast at the conclusion of 1 News, no later than 21 December, and approved by the authority before broadcast.

Last week, the TVNZ presenters announced they were stepping down from the Seven Sharp show after four years. Their last broadcast was on Friday.

In a statement, TVNZ said it accepts the decision and will broadcast a statement this week.

"There was no intention to mislead viewers and Mike's comments were presented as a throwaway line made in the context of a light-hearted exchange between the hosts."