New Zealand Post has a dedicated Santa's Post Office charged with receiving mail for the big man and organising its delivery to the North Pole. 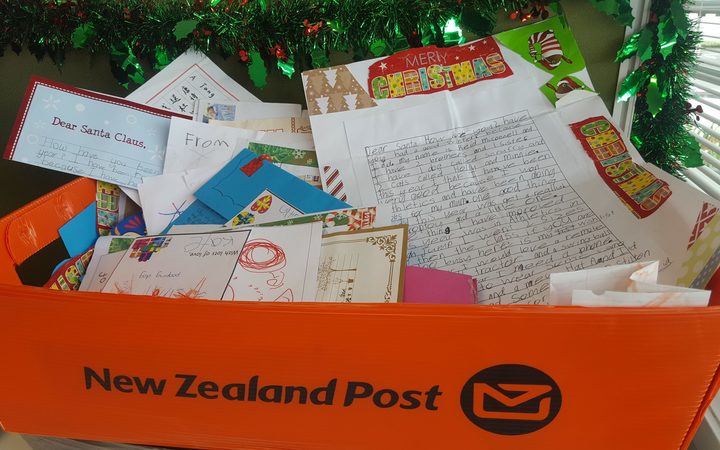 Just some of the thousands of Christmas cards for Father Christmas this year. Photo: RNZ / Kate Pereya Garcia

They even help out with the beginning of Father Christmas' famous list, NZ Post's brand and sponsorship specialist Kimberley Waters said.

"We have two full-time Santa's helpers. They open every single letter that comes in to check for names and postal addresses and they type that into a spreadsheet."

Santa's Post Office has received more than 100,000 letters this year. And 73,000 replies have been posted to New Zealand children.

A further 20,000 replies from Santa have been sent via email since he got tech savvy and launch a NZ Post website last year.

Letters have also been received this year from children in Russia, Taiwan, Hong Kong and Germany.

"We haven't quite worked out why people write to Santa here, whether they've gone online and found his address through New Zealand Post, or whether it's because Santa visits New Zealand first because the sun rises here first on Christmas Day."

They often get bulk lots of letters from foreign schools who seem to practice writing in English and posting them to Santa here, Ms Waters said.

At Berhampore School in Wellington, students wrote to Father Christmas in class.

Teacher Regina Singh said it was a great way to practice writing.

"The letters were amazing, all the things we were looking for, the full stops the capital letters, they were all there," she said. "And I enjoyed the fact that the children actually took time to think about what they had done for others, before requesting what they wanted for Christmas." 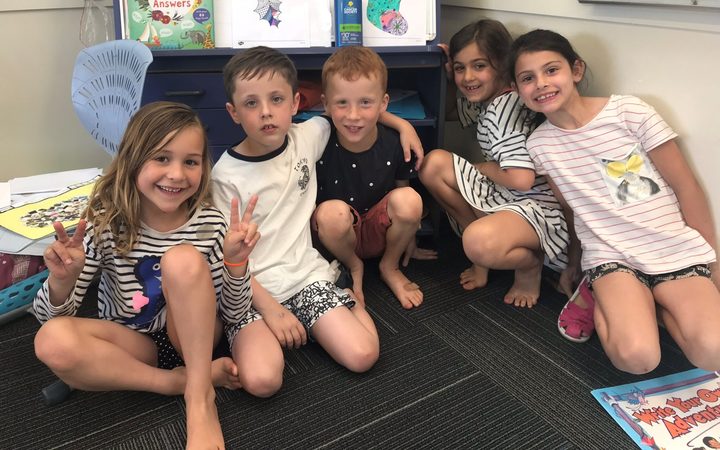 Whaitiri, 6, asked for a Hatchamole toy and an iPhone 7.

She was careful to point out her good behaviour before getting in to present demands.

She believed letters to Santa were delivered by magic - while her classmate, Liv, 6, thought they were sent by white owls.

"Snowy owls, and then it gets delivered to the mailbox of Santa and then it goes to Santa's workshop and then he opens the letter and says 'oh this is what one person wants and what she likes and I can try and give it to her'."

Ms Waters said it was actually a good old New Zealand postie who hand delivered the letters to Santa in the North Pole.

And not all the letters were as structured as the Berhampore children's.

"Some will be simply just a straight list of everything that they want. Some ask for a couple of things within a nice letter, so they might tell Santa what they've been up to.

"A lot of them ask Santa questions, you know, how do you get around the world in one night, they ask him how he is, how Mrs Claus is, the reindeer and the elves. They tell him if they've been good and how they've been good."

Others clip pictures of their present demands from catalogues.

"Quite a few kids have written their wishlist and said 'you can buy these all from Farmers', or 'these are all available at the Warehouse'."

New Zealand Post has been facilitating Santa's mail for 19 years.