A new park in central Christchurch will open to the public today. 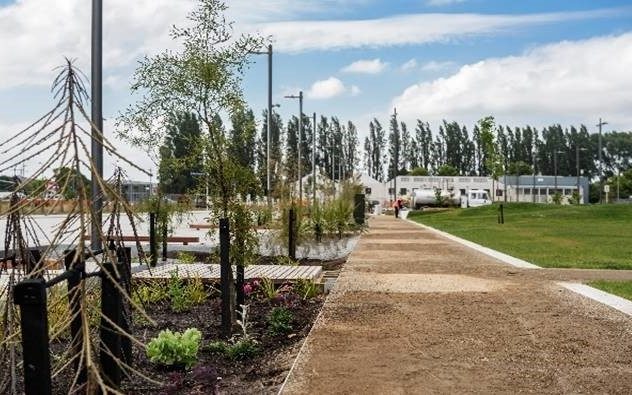 The 660-metre-long Rauora Park covers five blocks between Manchester and Madras Street and is part of the city's earthquake rebuild plan.

A residential area in the inner city known as the East Frame, which will provide apartments and townhouses for more than 2000 people, is also being planned for the area surrounding the park.

The government agency overseeing the project, Ōtākaro, said with 9000 square metres of grass, 14,000 plants and over 300 trees, Rauora Park would be an enjoyable place to take a break from the busy central city.

It said at the northern end of the park there was a basketball court and table tennis tables.

An official family-friendly opening event will be held on 28 January, 2018.