The Far North town of Kaitaia is accustomed to being in the economic doldrums, but is now experiencing the unfamiliar phenomenon of growth, thanks to the 'halo' effect of the Auckland housing market. 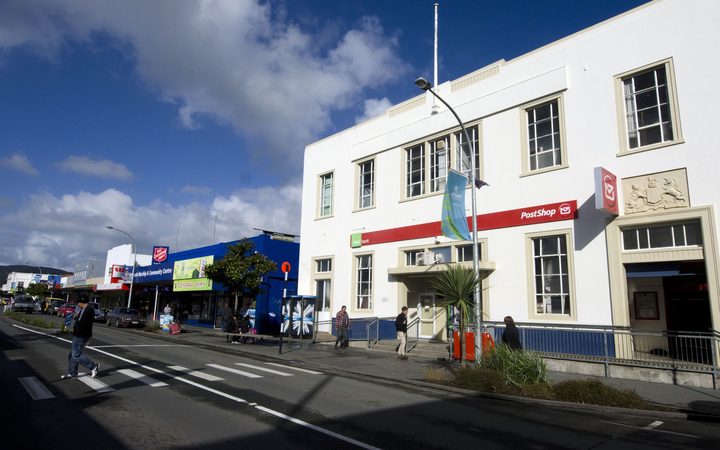 While Kaitaia has been high on the deprivation index for some time, the 'halo' effect may at last be shining some light on the Far North, say locals.

Retailer Ian Walker said it started about 18 months ago, where he began seeing new arrivals regularly walking into his store to buy washing machines, cookers and dishwashers for their newly-bought homes.

"Certainly now we're seeing them come up this way; they're not only building or buying an existing house, they're putting new appliances in and new carpet and we're actually getting a lot of local business," he said.

Denis Corbett, the owner of Harcourts Real Estate in the north, said many of the newcomers were returning from Western Australia to settle back home, but many were from further south.

"This might be a little surprising - they're not only from Auckland but also Christchurch, a lot from Tauranga and places like Matakana and Hamilton.

"We ask them why they are moving here, especially from Tauranga and Matakana and the comment is that it's just too busy (there) now," Mr Corbett said.

Kaitaia's crime and poverty stats have made headlines in recent years, but Mr Corbett said newcomers saw the good things - the beaches, the warm climate and the house prices.

He said an average three-bedroom house in Kaitaia costs between $170,000 and $250,000, which has sparked a significant influx of new blood in the past year.

"We opened our office in the main street of Kaitaia in March, and there was a lot of space available at that time to rent, and now a lot of that space has been snapped up in the mainstreet and the town certainly does have a better buzz to it than in the past."

Mr Corbett said business was brisk throughout the Far North and Harcourts would be opening its eighth office in the district today.

Far North population growth was just 0.5 percent over the five years to 2015.

Whangarei and Kerikeri were the first to see the start of the northern migration three years ago, with new subdivisions creeping over paddocks and a noticeable increase in traffic.

This year the Northland population has grown by 4000 - 700 were new babies, while the rest were migrants.

Far North builder Cameron Barber returned to Ahipara from Australia with his family three years ago. They built their new home on a subdivision that had languished unsold since the time of the global financial crisis.

"From the time I built my house there's been another seven or eight pop up - a lot of the homes have just popped up on the last three months," he said.

Mr Barber said he was now booked up at least a year ahead, mostly on new-builds.

The downside to the growth was a squeeze on rentals. Mr Walker said it had taken weeks for new staff he had hired to find houses.

He Korowai Housing Trust manager Ricky Houghton said he was worried about some whanau coming home from Australia.

He said the real impact of the rental squeeze might not become apparent until after summer.

"Because a lot of them will be content to go and pitch a tent by the beach and live as best they can; then it will start to bite, I suspect about April/May."

Mr Houghton said the Trust - which offered emergency accommodation at its Kaitaia headquarters - was now seeing an increase in elderly people unable to find a home.

New builds in the Far North might ease some of the pressure on rentals in the town.

The Far North District Council said applications for building consents were running at a record high and it expected them to top 1450 by next winter.