A High Court judge has ruled there is evidence trusts and companies associated with the president of the Head Hunters gang that have been involved in money laundering.

Entities associated with Wayne Doyle received $19.9 million in deposits, half of which were in cash, according to an affidavit from an accountant with the Serious Fraud Office.

The investigations showed the payments were made to the Head Hunters East Chapter, to senior gang members and at least one was made directly to Mr Doyle, or entities associated with him.

Mr Doyle does not face any criminal charges.

The documents relate to a civil case being brought by the Police Commissioner after the Operation Coin investigation in which police carried out search warrants at various addresses.

Police have sought an order from the court to freeze assets associated with Mr Doyle. Those assets include five Auckland properties, bank accounts and a vehicle.

The real-estate alone is worth more than $7.4m, according to the latest Auckland Council valuations.

One of the properties is the gang's headquarters in Ellerslie where high-profile fight club events have taken place. 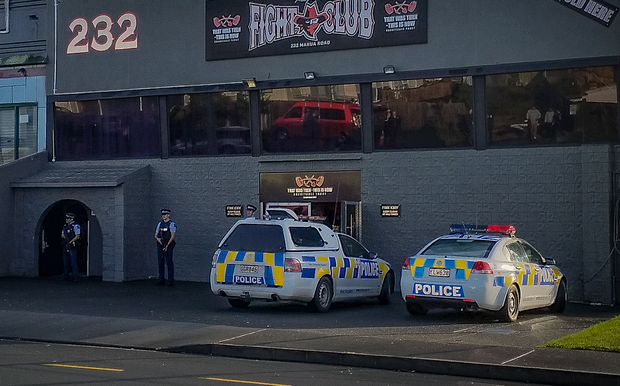 The judge sighted an affidavit on file from an investigator and an accountant from the ministry which states Mr Doyle failed to declare substantial income and assets while collecting a benefit totaling more than $380,000 between 1994 and 2017.

Justice Venning also mentioned that a trust associated with Mr Doyle - the That Was Then This Is Now Trust - received more than $9m in deposits over 14 years to 2016. More than half of that was in cash.

Justice Venning said there was an "available inference" that the trust had been involved in money laundering and appeared to have failed to disclose all its income.

The trust, a registered charity, is currently under review. The Department of Internal Affairs is preparing a recommendation for the Charities Registration Board, but a spokesman would not be drawn on what that would include.

Mr Doyle's former lawyer, Maria Pectoic, has opposed the order to have the assets frozen, and the matter will be heard again in April next year.