The Putaruru family struck down by botulism after eating wild boar last month have been told they will not be eligible for ACC. 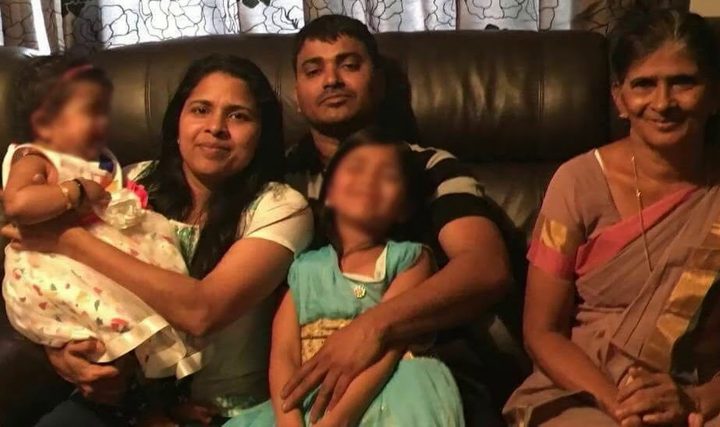 Subi Babu was admitted to Waikato Hospital nearly a month ago along with her husband, Shibu Kochummen, and his mother, Alekutty Daniel.

All three were found unconscious by emergency services while the couple's two children aged one and seven, were sleeping.

A spokesperson for the family Joji Varghese said Mrs Babu and Mr Kochummen had not been given clearance to go back to work, and would be unlikely to get it for at least two months.

They also have a large medical bill that needs to be paid for Mrs Daniel.

"They said as far as the legislation goes the accidental consumption or intake of bacteria is not considered as being eligible for ACC unless a criminal act is involved. They also had the audacity to throw in the fact that ACC has used this particular piece of legislation to deny the people of Havelock North, because it's a very similar case.

"We don't have any idea how we are going to pay this hefty medical bill. Quite honestly we are in a state of shock and loss."

Mr Varghese said the law made no sense.

"Anyone could be driving down the road, breaking the speed limits and have an accident - that is covered under ACC, but why is the accidental consumption of a bacteria not covered. What is the logic behind this."

He said they would not be appealing the decision because it would be too stressful.

"What exactly is one person, one family's chances of being served justice. I think there's none.

"It's quite easy to blow off the voice of one family, but if the people of New Zealand take it up as a cause to understand what's exactly happening here ... that would be much appreciated."

He said the couple's two young children had left for India today to be looked after by extended family while their parents recovered at home.

ACC law expert John Miller said the division between disease and accident was quite clear cut in the ACC legislation.

He said covering for disease and sickness in the Act would open ACC up to a multitude of claims.

"Everyone who gets the flu for instance."

Mr Miller said ideally everyone should be covered if they were incapacitated, regardless of how they got there, but ultimately it came down to cost.

"Fifty years ago, in 1967 the Woodhouse report came out, and said, really it should be extended into sickness and disease but it's always been a matter of the cost of doing so."