Repairs to the Morrinsville water supply appear to have worked but water restrictions will remain in place for at least 24 hours. 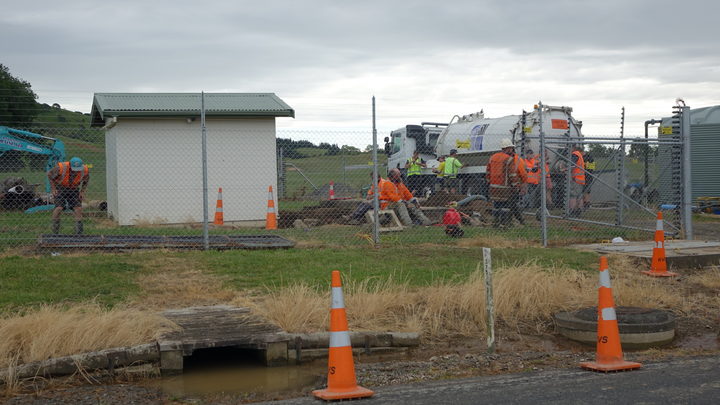 Work has been carried out today to fix a broken pipe. Photo: RNZ / Laura Tupou

A crack in the Y-junction of a pipe forced a shutdown of the main supply last night, leaving a limited number of households getting low-pressure water from bores.

Morrinsville Piako Council spokesman Eion Scott said the pipe had now been repaired but the reservoir was not yet back on line.

"We're still asking people to use water very sparingly just until we can recharge the system completely, so that means still only use it for personal hygiene and for drinking and cooking and for your pets, obviously."

Mr Scott said people should open an outdoor tap to expel any dirty water or air bubbles in the pipes.

Half a dozen Morrinsville schools have been advised not to open tomorrow as a precaution. 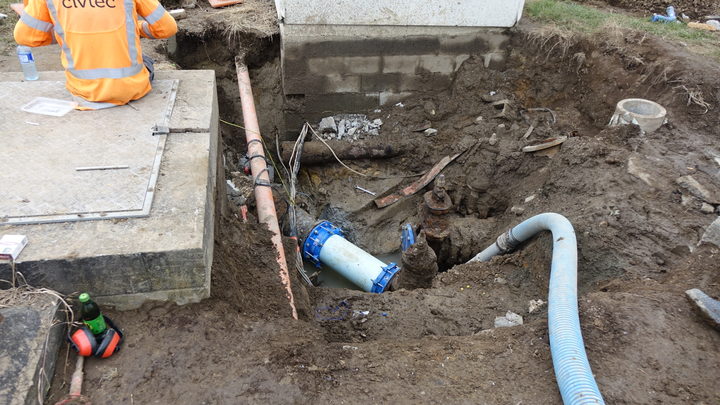 The leak has now been repaired with a temporary fix. Photo: RNZ / Laura Tupou

Mr Scott earlier said as work was being carried out to fix a broken pipe the situation changed depending on the number of people using the system.

"The two bores combined ... one's standby, the other one is an industry bore from Fonterra, they're about a quarter of the capacity of Morrinsville. We're still working very hard to fix the repair to the pipeline that feeds the town and we're hopeful that will be done shortly."

Mr Scott said the nine tankers providing water to the town would remain there until 9pm tonight and return tomorrow if necessary. 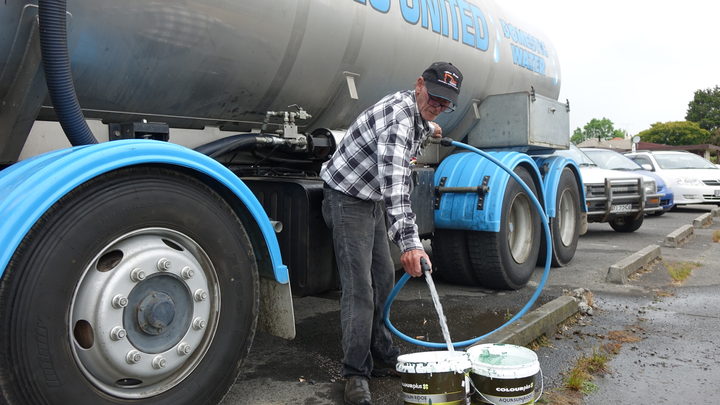 The Matamata Piako District Council said workers tried to bypass the leak overnight but were prevented by the large volume of water gushing out.

The council said some shops had run out of bottled water but residents could fill up bottles from the tankers stationed around the town.

The leak was between the water treatment plant and the reservoir.