A budget blow out involving Sir Peter Jackson's Great War Exhibition has left one of the country's smallest ministries millions of dollars in deficit. 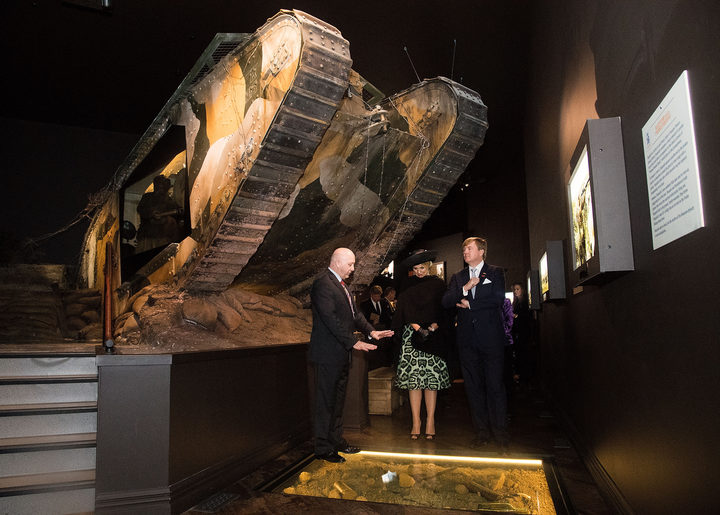 The Ministry for Culture and Heritage was supposed to record a $150,000 surplus this year, instead it's facing a $7.6 million shortfall.

The funding hole appears in the ministry's annual report.

The exhibition is Sir Peter's brain child - it opened in April 2015 and is one of three legacy projects set up to mark the centenary of World War I.

Sir Peter said he wanted to give the public a sense of what the war was like - and the exhibition's executive director, retired Lieutenant General Rhys Jones, said he was confident it would be one of the world's greatest.

It includes a replica Belgium street, a 10 tonne tank and 11 tonne gun and 5000 tiny hand-painted figurines which portray the battle of Chunuk Bair.

But it's clear now there are financial problems and it hasn't attracted the expected number of visitors. 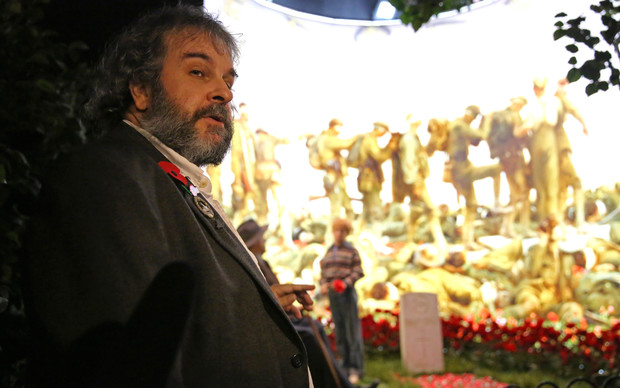 Sir Peter Jackson giving a tour at the opening of the exhibition. Photo: RNZ / Alexander Robertson

What does the annual report tell us?

Essentially it shows there is a big blowout in what's called the "make good" provisions - that's the cost of restoring the building to its original appearance, once the exhibition finishes. So removing fixtures and fittings etc., like a 10 tonne tank.

In the 2016 report, the ministry estimated those costs would be "up to 2.6" million dollars, but in its latest annual report that has increased to $8.85m.

RNZ asked the ministry to explain this three-fold increase and who was responsible. It declined to give RNZ an interview but in a statement it said:

Who's responsible for the spending?

While the ministry funds the exhibition, it's run by the National Military Heritage Trust, a charitable trust which includes Sir Peter.

Its chair, Dame Fran Wilde, also declined to be interviewed, but in a statement told RNZ the ministry, rather than the trust was responsible for the capital costs, like make-good provisions.

But the trust was responsible for operational costs.

"Current annual running costs are around $1.3 million, compared with around $2.6 million when for 2015/16 year. While I have been on the Trust we have reduced the operational costs to meet income," she said.

Meanwhile, the ministry said it could recover some of the costs from the trust and it said it was currently in discussions about ending the lease - which is due to expire at the end of November next year.

What about visitor numbers?

The annual reports also show before the exhibition opened it was expecting to attract 500,000 people a year - that was revised down to 200,000 and then 125,000. It's never met any of those targets and the annual report shows 81,466 people visited in the last financial year.

Both the ministry and the trust now say the original estimates were hugely overambitious, but point out it's rated second on Trip Advisors things to do in Wellington.

Dame Fran said the temporary nature of the exhibition had meant its marketing budget hadn't been big enough and it also wasn't able to cash in on the highly lucrative cruise ship market in any formal way.

Initially, you could see the exhibition for free but now there is a $15 charge for adults.

What changes have the ministry made?

The ministry has carried out three restructures in the past two years.

But it said those restructures had focussed on effectiveness, rather than cost savings.

"The reasons for the reviews included the integration of related functions, increasing the scale of some management roles in order to attract stronger candidates, and achieving a better balance in the size of the teams."

It said these changes had been achieved through attrition and turnover, rather than redundancies and their head count was about the same as it was two years ago.