Horowhenua Mayor Michael Feyen says he won't be stepping down, despite a vote of no confidence in him. 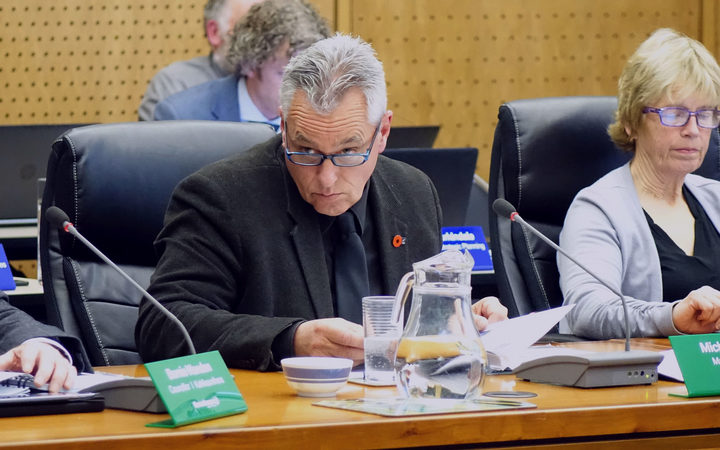 The motion, by the deputy mayor, follows a protest where all but one of the district councillors walked out of a meeting after Mr Feyen said they were totally submissive to the chief executive, David Clapperton.

The council has been plagued by ructions, particularly between Mr Feyen and Mr Clapperton.

During an extraordinary meeting today, councillor Ross Brannigan said Mr Feyen was undermining the democratic process by taking a stance against the council on a number of issues.

He said he supported the vote of no confidence because the mayor had been actively campaigning against council decisions.

Councillor Barry Judd said the mayor was unable to accept decisions and had been working to undermine the council.

But Mr Feyen called the vote a disgrace and said only the public could remove him from office.

Mr Feyen said he was not surprised by the seven to one vote against him.

"People that follow the politics of this area, they understand why it was done, we have an extreme bullying mentality here but I don't cave over to bullies, simple."

The mayor was last week branded a "dictator" following a council meeting that fell apart when councillors staged a walk-out.

Mr Feyen had criticised a group of councillors for their approach to governing, during which Barry Judd and other councillors left.

Mr Judd said Mr Feyen talked in his mayoral report about councillors coming with a pre-determined position to vote on matters.

"He wouldn't allow us to challenge his position. Under standing orders he is required to do that. He should run a fair and due process of natural justice, he did not do that."

Mr Judd said last week he planned to move a vote of no confidence against the mayor.

"If he comes and looks to be the dictator ... and I use that term, he was dictatorial last night, he had no observation of what democracy was and he did not lead in a democratic manner.

"He had an agenda that was not about leading this community in the right manner in my view.

"If he continues to lead in that manner I will not support him."