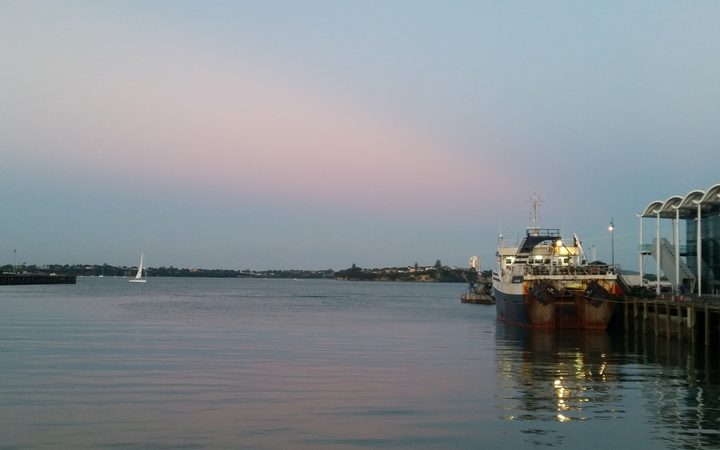 Team New Zealand's preferred option was to have the wharf extended by 200m.

"It's probably reality that the extension was going to be a bridge too far and too difficult for everybody," said Team New Zealand chair Sir Stephen Tindall.

The team was prepared to be flexible to ensure the Cup plans were pushed forward, he said. The team could work with the chosen option which spreads the bases more widely.

Mayor Phil Goff was pleased the team had agreed to work with the council.

"They listened to public opinion, as we did," he said.

People were not in favour of an option that took the wharf 230m out into the harbour, Mr Goff said.

Despite the team accepting the simpler, cheaper option, it's one it finds short-sighted.

The team said it seriously restricted benefits to the marine industry because it catered for only 8 to 10 super yacht berths rather than its preferred 28.

"Once we announce that the council and government are hosting the America's Cup in Auckland, the super yacht berthage will be booked out within three months."

If the city did not for the expected influx, it could lose out, he said. The next two years spanning the Cup could have earned the city about $30.7m in berthage fees, and $11.4m each after that.

Rod Marler, from the council's development arm Paunuku, said the chosen option would bring in $12.7 million, and then half that yearly after the Cup.

But Mr Goff thought it was a good compromise.

"I think that it will deliver just as good benefits as the more expensive option that would have taken much longer and attracted much greater public opposition.

For Team New Zealand chief operating officer Kevin Shoebridge, it was hard to hide the disappointment, but he said the team wanted to find a solution that worked for everyone.

"Top of our mind, we want the event to be a success and we want to do the best we can for the America's Cup and what benefits Auckland and the country get out of it."

The smaller option will still cater for the race but the details needed to be figured out, he said.

Lobbyists have tipped their hats to Team New Zealand for the way in which they've been able to work with the council.

Julie Stout, chair of Urban Auckland, said the group had been against a big extension into the harbour.

"[The chosen option] is spreading the bases around and creating a more diverse America's Cup village," Ms Stout said.

"The Halsey Street extension was like a compound in reality, I believe."

The council will lead negotiations with the government and Team New Zealand on a more detailed agreement, before seeking final sign-off from councillors in mid-December.

It is still not clear how much, if any, money the government will put toward the Cup.

But Finance Minister Grant Robertson said in a statement the government needs to ensure that any decision represents best value for the taxpayer.

Planning consent will be sought next year and the three sites in the plan will take 10 months to build.