A truck carrying 14 tonnes of molasses rolled near Ngahape in the Waikato this morning, spilling five tonnes of the sugary syrup on the road. 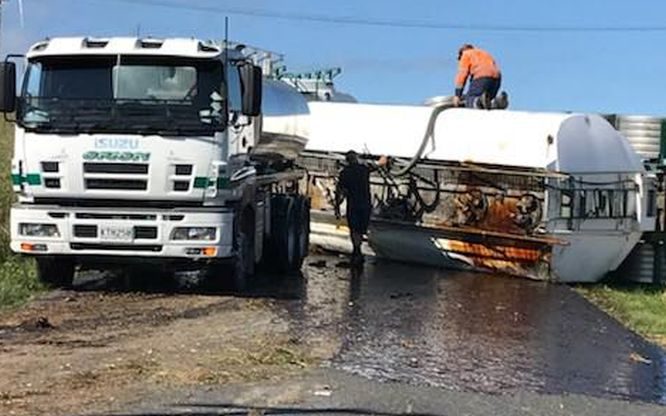 The scene of the molasses spill in central Waikato. Photo: Otorohanga District Council

The Fire Service was called to the truck roll on Ngahape Road shortly after 7.30am.

A spokesman said the driver escaped without injury, but a large amount of molasses leaked onto the road.

Two fire crews from Te Awamutu were on the scene for some time this morning, making the road safe.