An Australian anti-semitic blogger has been detained in custody since he arrived in Auckland almost six weeks ago. 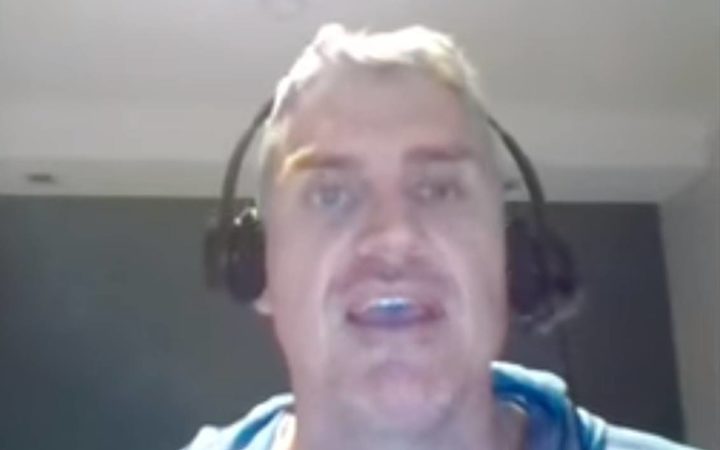 Brendan O'Connell in one of his video posts. Photo: YouTube / Screenshot

Australian media reported Brendon O'Connell was jailed for three years in 2011 following a verbal racist attack on two Jewish men outside a supermarket in Perth.

A spokesperson for Immigration New Zealand confirmed O'Connell arrived in Auckland on 12 October.

"[He] had his entry permission to New Zealand revoked on character grounds and is now in custody.

O'Connell's fellow bloggers, many from the United States, are concerned for him.

They have been petitioning the government to find out why he is still being held.

Lawyers spoken to by RNZ said the normal action in a case like this was to put the person on the next flight home.

They suggested that perhaps he had been charged with something in New Zealand which meant he was being kept in custody.

However, there is no record of O'Connell being due to appear in court here.

Police said they would not comment on an individual case.