The Qualifications Authority is defending its level one NCEA maths exam after teachers complained some questions were too hard. 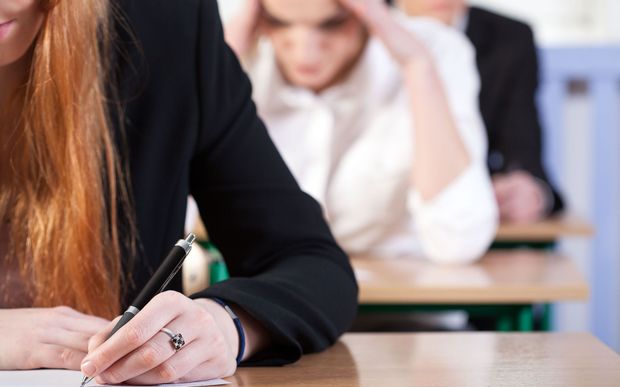 Maths teachers also said some questions were poorly worded and two questions covered the same material, meaning students were penalised twice if they did not know the answer.

The exam was held on Monday morning, and by Tuesday morning a draft letter of complaint had been signed by 23 teachers.

Did you or somebody you know sit this exam? Send us an email: iwitness@radionz.co.nz

Authority spokesperson Kristine Kilkelly said they were confident on the quality of the exam, which met specifications signalled to schools in advance of the school year.

She said changes in the format of the exam and the types of questions that would be asked were flagged with teachers.

But Jake Wills - who runs the Maths NZ website for teachers - said the complaints did not concern areas that NZQA had said would change.

He said some questions tested knowledge that was beyond what was normally expected of level one students, some were poorly worded, and another was difficult to read because of the colours used to print it.

"What we're really wanting from the exams is students to be able to demonstrate what they do know, rather than having to jump through artificial hoops that have been made by the examiners," he said.

"Students are told that maths is a difficult subject or it's hard, whereas it doesn't have to be any of those things and having these exams which throw students off doesn't help our goal of trying to make maths a thing that is enjoyable and interesting for these students."

He said he had studied extra hard for it after not doing as well in his mock exams as he hoped.

"I tried my best and when I did the exam it was completely different from anything I had studied for really."

He said some of his peers described being in borderline tears because of the exam.

In an email to RNZ, another Year 11 student, Kelly Liang, described the exam as "absolutely absurd" and said walking into the exam only to be blindsided by the questions was devastating.

"The fact that this exam may be reflected or may be seen by my future university applications is just hard to think about ... this exam may well determine whether or not I can pursue medicine as a career ... to have two not achieves [sic] on my report is not the ideal application."

They said the maths exam was not designed for students and the curriculum they had been taught, and had only added more anxiety in what is an already stressful exam season.

"The idea of NZQA failing to provide us with the right exams, that us as students can actually answer is completely disgusting, and in some ways makes our metal health deteriorate a bit more," they said.

Teachers also criticised the 2016 NCEA maths exams. They said a mid-year level-1 exam was too hard, and an end-of-year level-3 exam included an error that made a question impossible to answer.