The government is investigating a zero road toll target similar to the Swedish approach, with Associate Transport Minister Julie Anne Genter saying the current death rate is a crisis.

The road death count surpassed last year's over the weekend, and the number of deaths on New Zealand's roads has been on the rise since 2013.

She said there would be a meeting tomorrow to prevent more people dying on the roads even as soon as the coming Christmas period.

"Tomorrow we're meeting with Ministry of Transport, Police and NZTA, and it will be a longer meeting than what we usually have and we'll be going through what are all the different actions we can take in the short term that will make a practical difference.

Ms Genter said people make mistakes but the goal should be no deaths.

"I think there is a lot more that government can do, we can put safety at the heart of our transport policy and funding and we can get better outcomes because other countries have taken a different approach, have lower rates of serious injuries and fatalities on their roads."

"I don't think I can commit to any particular policy right now, we need to make sure that we've got the evidence base and we've got agreement with our government partners, to take that approach."

Despite that, she said the Swedish model which aims for zero road deaths - adopted in 1997 - had made a huge difference there.

"I've already signalled to officials - as we did during the campaign - that we want to investigate was would a Vision Zero approach look like in New Zealand."

That number has remained relatively level between 2013 and 2015, prompting a renewed commitment from the Swedish government, however that also came at the same time as consistent growth in traffic volumes.

"If New Zealand had the same rate of crashes as Sweden, we would have 200 fewer deaths per year," Ms Genter said.

There were various factors involved the causes of crashes, she said.

"One of the reasons the road toll has increased is because people are driving more, and the average age of a vehicle in New Zealand is 14 years. 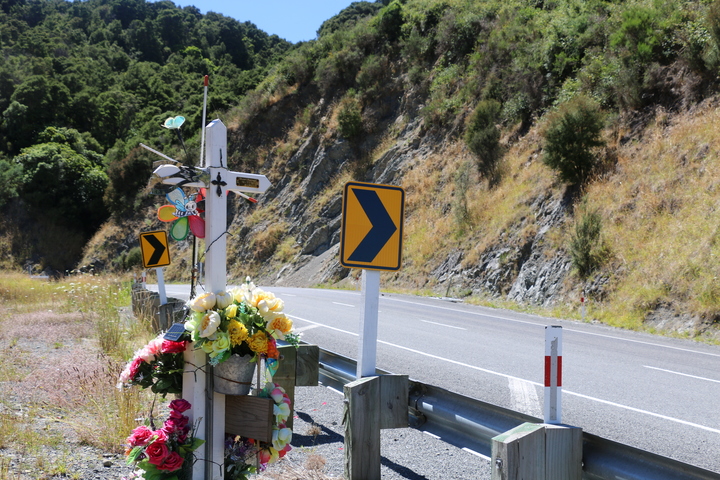 She said driver behaviour was certainly a factor, with age playing a role and men more likely to take risks, but the Swedish model accepted driver error and focused instead on doing everything possible to reduce harm.

"The basic assumption in that approach is people will make mistakes and it's our responsibility - as the people building the infrastructure, designing the roads, designing the transport system - to do as much as possible to minimise the harm as people make mistakes."

"What we have to do is make sure that we are ensuring the transport system accounts for the fact that people are going to make mistakes and they're going to take risks."

Ms Genter said that regardless of what policy was adopted, there were a huge number of high-value, inexpensive changes that could be made to roads.

"We 100 percent fund state highways and we've been spending over ... a billion dollars a year on just a few very expensive highways that have been upgraded, so they are very safe but most trips and vehicles are not on those roads.

"So, if we said 'instead of spending two billion dollars on the East-West link, we're going to spend a few hundred million to get the same benefits' then that frees up hundreds of millions of dollars that can be prioritised towards those safety improvements around the country."

She said other policies for transport safety included making walking and cycling to schools safer for children, rapid transport in cities, regional passenger rail, and rail and coastal shipping for freight which would also reduce the number of trucks on roads.

"And then we also have to look at how we make it easier to get around without using a car, because that's going to reduce the road toll."