A Norwegian sailor who was stranded on his boat in bad weather near New Zealand has been rescued. 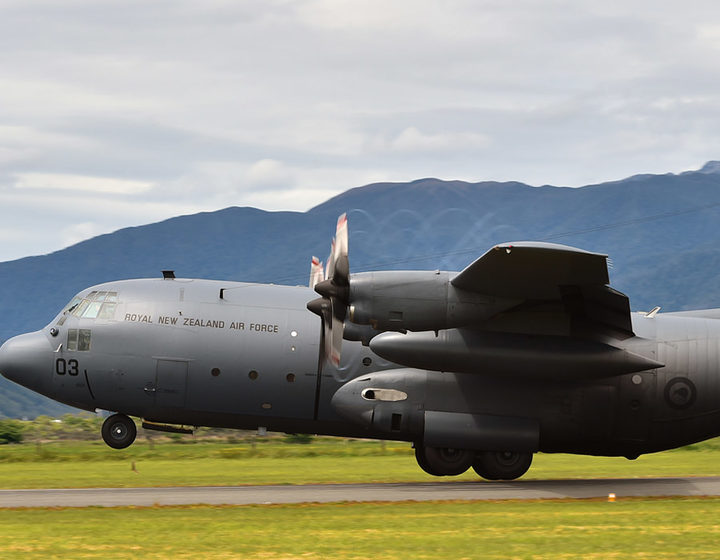 A Defence Force Hercules aircraft and a commercial fishing boat were called into help search for a New Zealander, whose yacht sunk. Photo: Supplied to RNZ

The 67-year-old yachtsman was picked up by the container ship Southern Lily about 140 nautical miles north east of Cape Brett.

The Rescue Coordination Centre said the man had some bruises and a sore shoulder but was in good spirits.

The man's damaged yacht, Ilanga, is now drifting and a navigation warning has been issued.

Ilanga had suffered mast and sail damage, a broken window, and a fire in an electrical panel.

The Southern Lily will resume its trip to Auckland and arrive tomorrow afternoon.

Meanwhile, a New Zealander who was rescued from a life raft yesterday by a fishing vessel will only be able to get ashore on Norfolk Island tomorrow because of high winds and heavy seas.

At 4am yesterday, the mast on the yacht broke and went through the hull, causing the 10-metre sloop to sink.

The Rescue Co-ordination Centre said the man was picked up by the Norfolk Guardian after being located by a Defence Force Hercules aircraft.

It said they were supposed to make it onto the island at midnight yesterday, but that had been pushed back to tomorrow because of high winds and heavy seas.

However, the centre said everyone was safe and they were just waiting the weather out.

The man had been sailing single-handed from Vanuatu to Marsden Point in a 10-metre sloop called the Waimanu.

Rescue Coordination Centre New Zealand spokesperson Dave Wilson said both of the solo-yachtsmen were rescued successfully because they had distress beacons.

Weather conditions had been bad he said, with winds up to 50 knots and five metre waves.

He said both yachts were well equipped, and the yachtsmen were saved because they could activate their distress beacons.

"Waterproof communications saves lives," Mr Wilson said. "Without maritime radios and distress beacons they would not have been able to tell us they were in trouble."