A year on from the 7.8 Kaikōura quake, the town's harbour will be officially reopened and ceremonies are being held. We'll bring you updates here on events throughout the day.

Kaikoura's residents have turned out in force for the official opening of the tourist town's quake-damaged harbour in South Bay. 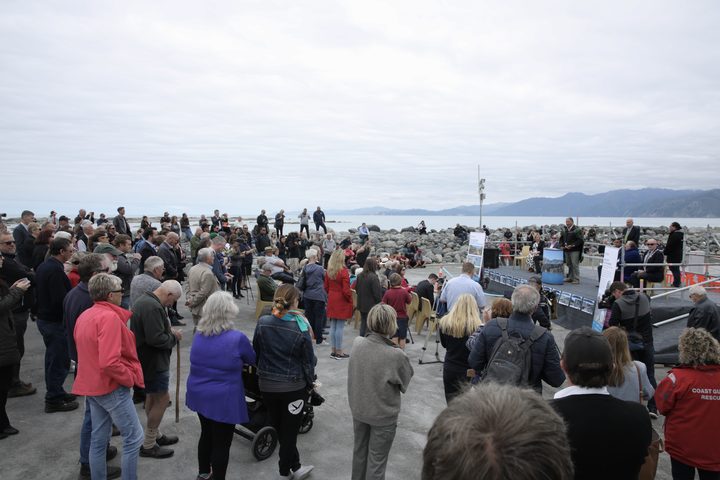 Kaikōura's residents have turned out in force for the official opening of the tourist town's quake-damaged harbour in South Bay. Photo: RNZ / Claire Eastham-Farrelly

The area was rocked by a 7.8 magnitude earthquake one year ago today, which damaged buildings, destroyed homes and knocked out critical South Island infrastructure.

The harbour, which houses Whale Watch and Dolphin Encounter's fleet, rose by about a metre during the quake, and workers had to excavate 22-thousand cubic meters of debris to make it operational.

The harbour was officially opened at a ceremony this afternoon. 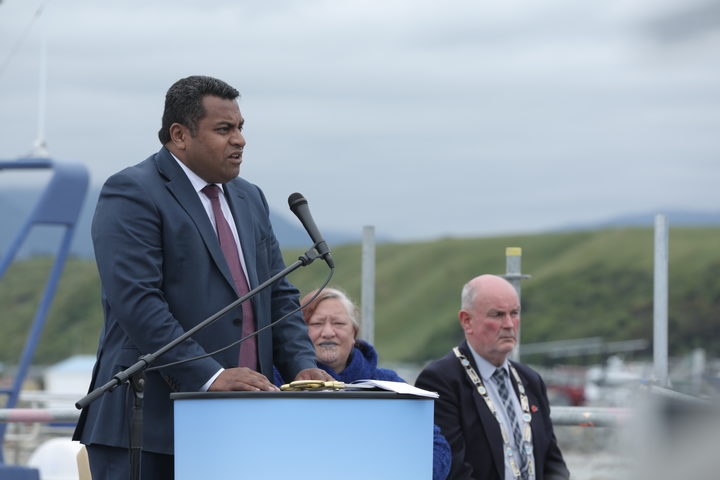 More than a hundred locals and construction workers attended the opening, as well as the Earthquake Commission minister, Megan Woods. 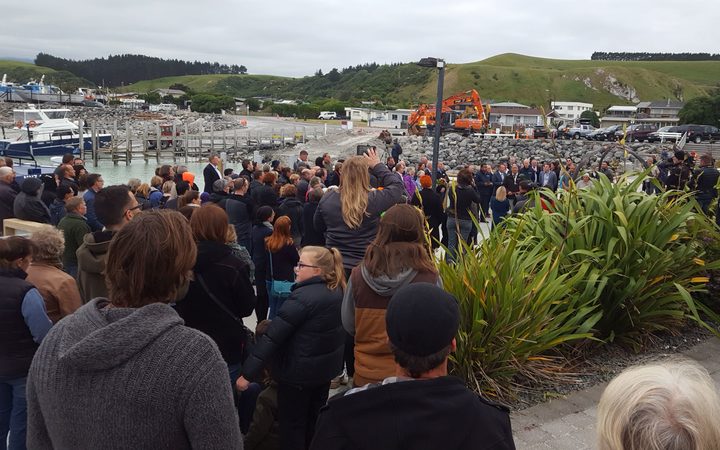 The blessing of the marina and harbour in Kaikōura was led by Rūnanga o Kaikōura. Photo: RNZ / Logan Church

Kaikōura's mayor Winston Gray said Kaikōura's harbour is "back at 110 percent" as the last of the equipment used to repair it is about to be moved out.

"The day started with a very poignant service over at the harbour," he told Morning Report this morning.

"Lights were coming down the hill in the dark, so people arrived early.

Mr Gray said the local rūnanga did a vesting ceremony which was well received.

The harbour will be better, deeper and safer and be able to cater for cruise ship tender boats.

"A real milestone... to achieve that within the 12 month period's quite incredible."

The reopening of State Highway 1 north towards Picton on 15 December will be another milestone. "We really need that," he said. 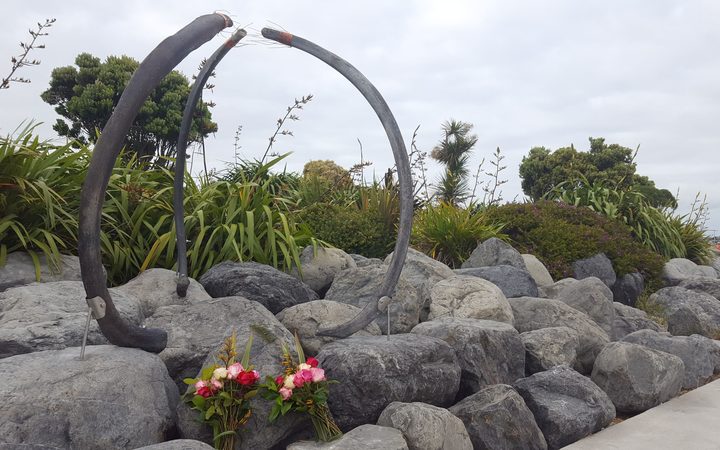 A memorial to the two people who died in the Kaikōura earthquake, made of whale bones thrown up from the seabed by the quake, was unveiled. Photo: RNZ / Logan Church 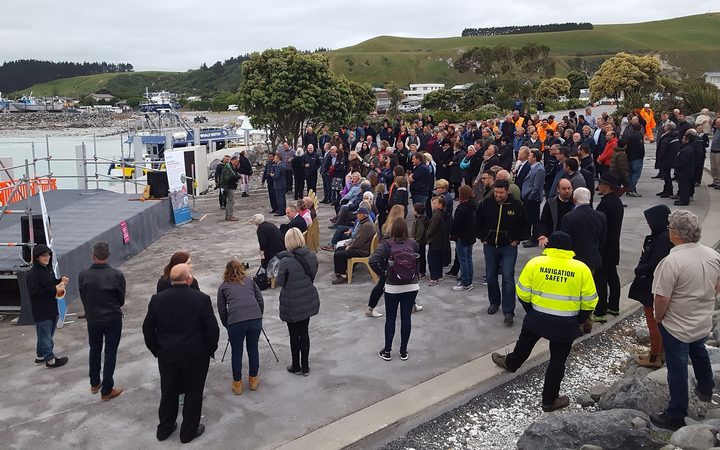 The dawn ceremony in Kaikōura marked the first anniversary of the quake. Photo: RNZ / Logan Church

More than 100 residents and construction workers attended a dawn ceremony to bless the newly reopened harbour.

The harbour, home to Whale Watch Kaikōura's fleet of four boats, rose by almost 1 metre during the quakes, and has had to be dredged.

The past year had been tough for many tourism operators, fishing companies and locals.

Whale Watch general manager Kauaha Ngapora said his company had a 60 loss of business because the harbour was out of action.

Mr Ngapora said there was still a long way to go before the town was completely repaired, but today's blessing would help the community move forward.

The service was led by Rūnanga o Kaikōura and construction workers, dignitaries and residents - some of whom were in tears - were welcomed and taken around the marina as it was blessed.

A memorial to the two people who died in the earthquake, made of whale bones thrown up from the seabed during the quake, was unveiled.