A teenager has described feeling cold, helpless and scared when he was locked in a police cell by a senior officer without being charged. 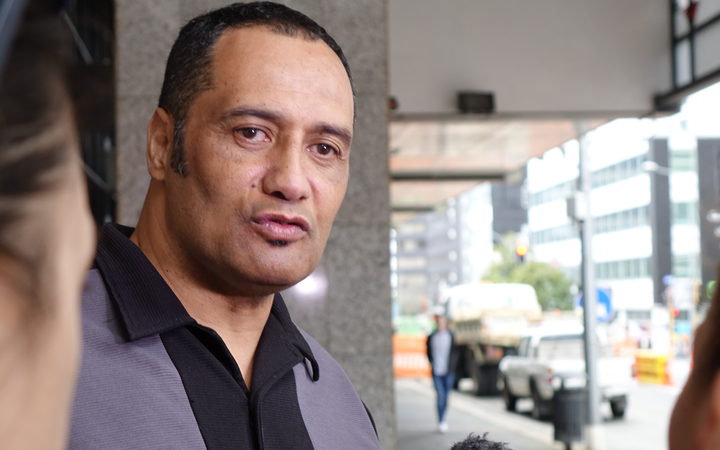 The teenager, who was 17 at the time, said Inspector Hurimoana Dennis threatened to arrest him on charges of statutory rape if he did not agree to forget about his girlfriend and move to Australia to begin a new life.

Mr Dennis, and his colleague Sergeant Vaughan Perry are on trial at the High Court in Auckland where they have denied charges of kidnapping.

The teenager started his evidence today by explaining his family disapproved of his relationship with his 15 year-old girlfriend.

The teenager said five months into the relationship, his mother believed he was spending too much time with her girlfriend and pulled him out of school.

Later the two families shared a BBQ but the tension between the groups increased and his mother made it plain she wanted the couple to split up.

The 17 year old said he and his girlfriend walked to a nearby park but they were followed by his uncle on foot and his mother in a car.

Things got physical at the park and police were called.

As well as two constables, a man he later came to know as Mr Dennis also arrived.

The young man said Mr Dennis told him he knew his grandfather and that he should go and stay with him.

He said Mr Dennis also made him promise not to see his girlfriend again. He said he did that but didn't feel he had a choice.

The teenager said he only ended up staying at his grandfather's house for a couple of nights, eventually escaping by climbing out the second story toilet window and scaling a drainpipe before making the half-hour run back to his girlfriend's.

The teenager said days later his own mother made a formal complaint to the police, accusing him of having a sexual relationship with his underage girlfriend.

He said he later met with a senior detective who warned him of the consequences of his relationship. The detective arranged for a second meeting at the Auckland Central Police Station but when he arrived, in the detective's place was Mr Dennis. His mother and grandfather were also there.

He said Mr Dennis told him he had taken over the case.

The teenager said he was shocked, speechless and frightened.

Mr Dennis told him he needed to focus on his own life and forget about his girlfriend.

He also gave the young man two options - either go to Australia and start this new life, or be charged with statutory rape and face a prison sentence of 14 years.

The teenager said he was really scared. Mr Dennis took him down stairs to the cells, where he was searched, had his shoe laces removed and another officer made racist comments.

There was no formal caution and no offer of a lawyer. Instead, Mr Dennis led him to a cell.

He said the senior officer pointed out a man in the cell opposite and said he was in for rape. He said Mr Dennis told him that if he didn't end his relationship, he would end up with the same fate.

He said it was at that point that he broke down. He later agreed to go to Australia.