A man has been found not guilty of a double murder by a High Court jury on the grounds of insanity. 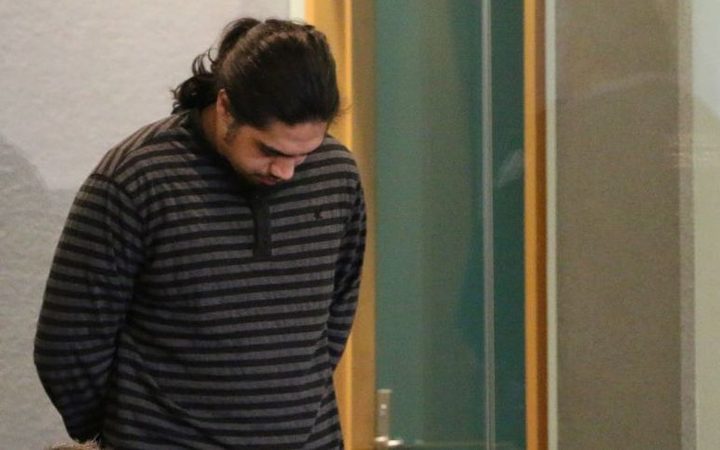 Zarn Tarapata, 27, stabbed two men to death at their workplace while they were having lunch in Auckland three years ago, but said he was doing God's work.

After four and a half hours of deliberation, the jury found Mr Tarapata was insane when he killed 69-year-old Paul Fanning and 47-year-old Paul Matthews.

Mr Tarapata was silent as his verdict was read out.

Mr Fanning and Mr Matthews were eating noodles at Ezy Cash, in Takanini when he stabbed them to death in July 2014.

Mr Tarapata said he was receiving messages from God to carry out the murders and he thought the men had had sex with his partner - the mother of his children.

Experts agreed he suffered from schizophrenia at the time.

Justice Moore said while summing up the case that the jury had to decide how much of an impact the mental illness would have had on Mr Tarapata and his actions.

He said that would be pivotal and central to deciding the verdict.

"You must consider whether it is more likely than not that because of his disease of the mind, schizophrenia, Mr Tarapata was not thinking rationally about the moral quality of the act," he said.

Justice Moore said the jury would also have to decide whether Mr Tarapata really believed he was carrying out commands from God.

"So if Mr Tarapata did in fact believe that at the time he caused the deaths of Mr Fanning and Mr Matthews he was morally entitled because of God - as a superior moral authority - had directed him to kill the two men, this limb of insanity would be satisfied even though Mr Tarapata also knew that the acts were against the law," he said.

During the trial, the Crown argued that Mr Tarapata killed the two men out of jealousy and anger.

Mr Tarapata will now be held at the Mason Clinic as a special patient on an interim basis until his hearing to decide permanent residency there in late November.