After a week of tension, only four people were arrested at a Tonga versus Samoa rugby league match on Saturday - three for going onto the field, and one for drunkenness. 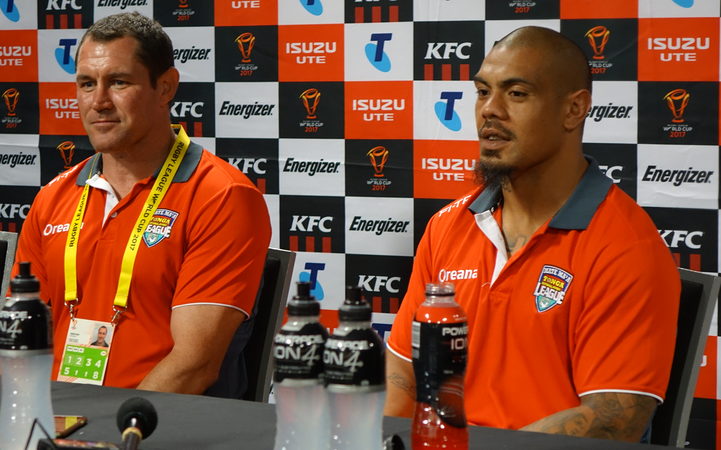 A Tongan tsunami and a Samoan wave of fans took over as 18,156 people packed into Waikato Stadium on Saturday for their second World Cup game.

More than a dozen arrests for fighting earlier in the week brought out worried Pacific leaders, players and the police, who all called for calm. But on game night, there were only four arrests at the match.

Samoan and Tongan teams coming together after the anthems. #tokouso #RLWC2017 pic.twitter.com/pr3usfSHzh

The "tokouso" movement of Pacific Island 'brothers' standing together was clear and Toa Samoa supporter Des Sefo was relishing in it.

"Everyone's together now, that's the main thing, no more beef." 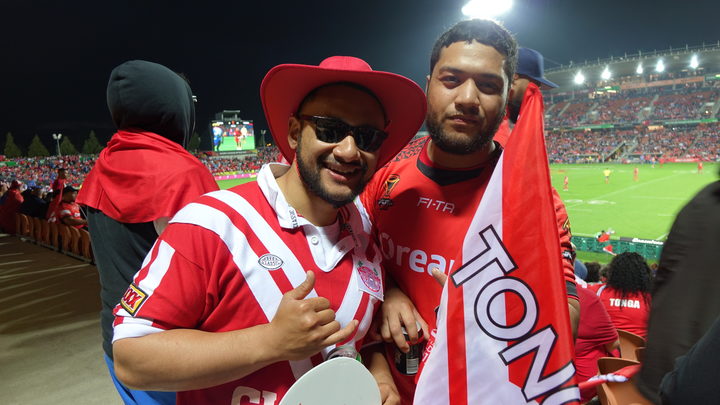 "It's awesome to see that everyone's keeping their cool and we're just celebrating the moment.

The tone was set by the teams after they sang their national anthems. They embraced, huddled together and kneeled to pray before performing the Samoan Siva Tau and the Tongan Sipi Tau.

Mate Ma'a Tonga captain Sika Manu said it was to make sure there was no violence before or after the game.

"We just wanted to show everyone that if we were together then everyone else can do it," he said.

That kaupapa was exactly the reason Aucklander - and Kiwis supporter - Callum McGibbon travelled to the game with his friends.

It was a great opportunity to support Tongan and Samoan culture, he said. And see them "battle it out on the league field". 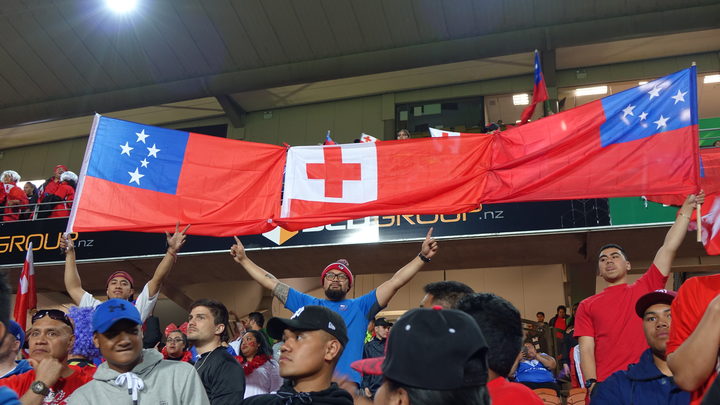 Toa Samoa supporter Pene Kaisala, who is from Auckland but lives in Hamilton, said it felt like home.

"This is what we used to deal with everyday," he said.

"It's good to have a piece of home away from home. The atmosphere is awesome and that's basically why I came."

Toa Samoa captain Frank Pritchard said even though Tonga beat them, both teams walked away humble.

"Us Polynesians we're vocal, passionate, and bring a lot of emotion to the game ... that's what it's all about."

After the 32-18 win for Tonga, both sides celebrated the Pacific victory and camaraderie. And just as the night began, it ended with prayer and song together.

Tonga will play New Zealand this weekend and Samoa will take on Scotland.