The former Waikato District Health Board chief racked up a $218,000 expenses bill during his time at the DHB. 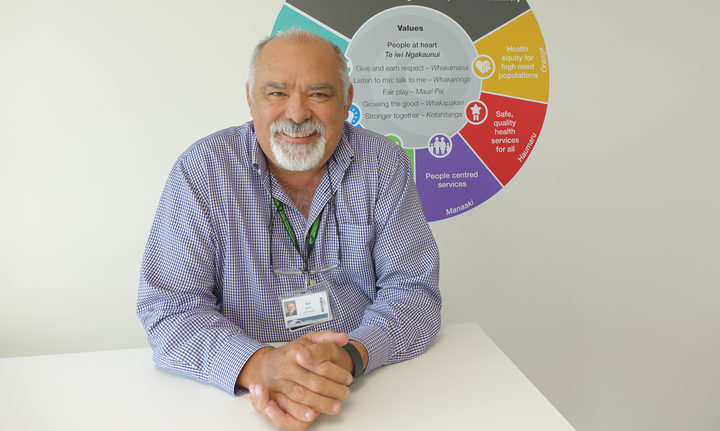 The DHB released the details of Nigel Murray's spending today, but is refusing to disclose details of a full investigation into his spending.

The Ministry of Health has announced it has asked the State Services Commission to investigate the spending.

Dr Murray resigned early last month amid a growing row over his expenses since joining the DHB in mid-2014.

In his first year on the job, he spent $80,900, which included $50,000 in relocation costs - double the amount that had been agreed to help Dr Murray relocate to New Zealand for the position.

The DHB has not explicitly said how much of Dr Murray's spending was unauthorised, although it does intent to recover all unauthorised amounts charged to the DHB.

The DHB has refused to release a draft report from an investigation into Dr Murray's spending.

It said the report did not take into account Dr Murray's views and it would encroach on his privacy.

Health Minister David Clark has directed the State Services Commissioner (SSC) to launch an investigation into the wrongful expenditure.

The SSC will investigate:

"It is critical that transparency in and accountability for these processes and outcomes is maintained."

"I expect that this investigation may involve considering whether appropriate standards of integrity and conduct have been maintained by Dr Murray and the DHB," Dr Clark said.

Claims made on airfares, accom and meals

But none of the travel request forms to these trips were signed and authorised by the board's chair, as required.

The cost of these trips is not included in the total amount of travel expenses in the disclosure information - instead $0.00 is listed beside each of them.

Receipts and other information released by the DHB indicate the three trips cost about $30,000 all up.

A handwritten note at the top of one of the forms reads: "travel booked by Nigel".

The disclosure also showed the DHB has requested more information about the reason for five domestic trips Dr Murray made in the 2016/17 financial year.

Although the DHB has not said how much of Dr Murray's spending was unauthorised, the difference between the total amount spent by him - $218,000 - and the totals included in the official disclosures is just over $70,000.