While the number of young people voting went up in September's general election nearly 400,000 still did not vote.

The Electoral Commission's breakdown of voting statistics reveals the percentage increase in voter turnout was biggest among those aged 18 to 29. The turnout of all voters was up on 2014 across all age groups, with a 6.5 percent increase for people aged 18 to 24, and 5.5 percent for those aged 25-29. 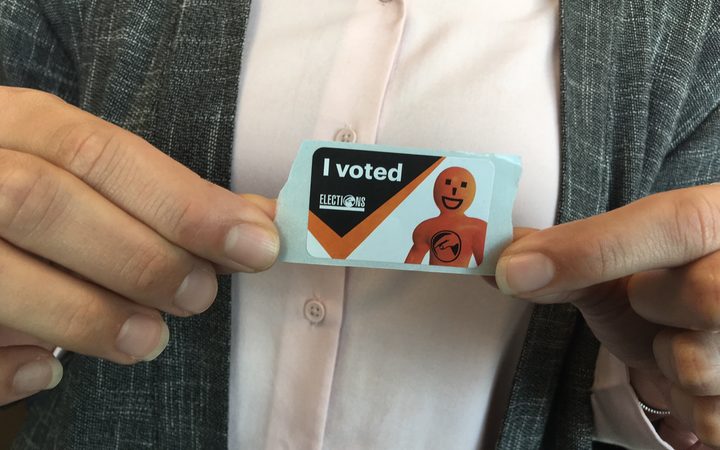 The biggest voter turnout increase this election compared to last was in the 18-29 age group. Photo: RNZ / Kate Newton

Overall turnout as a percentage of enrolled electors was 79.8 percent, the highest turnout since 2005 when it was 80.9 percent.

As well, in the end only just over half of all young people - including those who didn't enrol - voted.

Five first-time voters from Aotea College in Porirua have some idea why so many of their peers did not vote or enrol to vote. They believe for a number it might have been because they did not understand the parties' policies.

While they always intended to vote they agreed Jacinda Ardern taking over the Labour leadership helped.

"It kind of seemed like she genuinely cared, like she wanted . . . free education. Things like that. You know sometimes it just feels people are talking about us but not actually listening," she said.

Jessica Lett said most politicians just did not understand the lives of young people today.

"You know how you don't understand something until you're in someone's shoes sort of thing . . . I feel like they need to spend more time in our shoes and try and see how it's different from when they were at school or when they were trying to get into uni and do things like that and figure out what they're going to do with their lives," Ms Lett said

Benjamin Love said the political parties did not help engage with young people by the way they presented their policies.

"Try and get information, so then you just don't really bother doing that kind of thing.

And then that can also probably lead to that not voting part of it as well because there's like 'why should I vote, I don't understand, what's the difference? They all seem the same'," he said.

Ryan Corke would not criticise those who did not vote - but said voting did matter.

"If you do vote that is your voice and it may seem that one vote isn't a lot. You know there's that whole thing, well if everyone doesn't want to vote then no one votes, that king of thing. So it is important because an election is meant to be a representation of what the people of the country want."

But this election nearly 400,000 young people still did not feel that was reason to vote.