A severe shortage of trade teacher trainees must be urgently addressed if the new government has any hope of building 100,000 homes in a decade, an education tutor says. 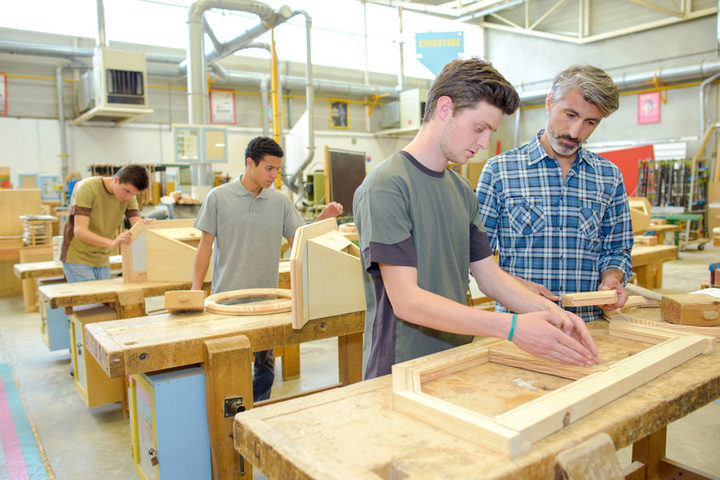 The future of trades training in schools is at stake, said Kevin Meyer. Photo: 123RF

Just eight trainees at teacher training courses this year are able to teach woodwork, metalwork or electronics, according to technology teacher and member of the Technology Teachers' Association, Kevin Meyer.

Mr Meyer said the the problem was even worse last year when just five were being trained to fill roles in the country's 500 secondary schools.

"Sadly this trend has been happening for a little while now and we have been attempting to signpost to whoever will listen really that there are big problems on the horizon with the average age of the technology teacher rapidly approaching 60 years old."

The future of trades training in schools was now at stake, Mr Meyer said.

"We are going to be in a situation where it takes several years to attract and train these people and there are already some schools that are actually having to close workshop classes because they just can't find staff."

"We are all very worried. We live in fear that one of our teachers is going to come to us and say 'I've decided to retire'.

The main barrier to tradespeople moving in to teaching was a requirement since 2002 for a degree, something most did not have.

Only Waikato University makes an exception, offering a two-year course to those without a degree.

Elsewhere, people are faced with four years out of the workforce while they train - not an attractive prospect for someone earning good money as a builder.

"The pathway to come in from the trades in to teaching has pretty much been stopped. I think we need to, in the profession, look at the workforce, how do we get these people in, what's stopping them coming, let's take some of the road blocks out."

Massey University senior education tutor and former technology teacher Paul Turner said tradespeople should not be required to have a degree before going into teacher training.

"If we're going to have this as a rigid expectation, we're just not going to have these teachers. They are not there now. You can go on to the Education Gazette website today and you'll see far more vacancies than there are graduates coming through."

This issue needed to be tackled urgently by the new Labour-led government if it had any hope of implementing its KiwiBuild policy, he said.

"If we're talking about 100,000 houses needing to be built in the next 10 years, that's great ... but there's a real demand, I mean it's as simple as that, that there are opportunities here for students, we should at least give them that chance to take that opportunity."

The new Education Minister Chris Hipkins was not available to comment.