A Labrador-cross who ended up with a chain embedded in her neck after she was tied up for weeks has topped the SPCA's annual List of Shame. 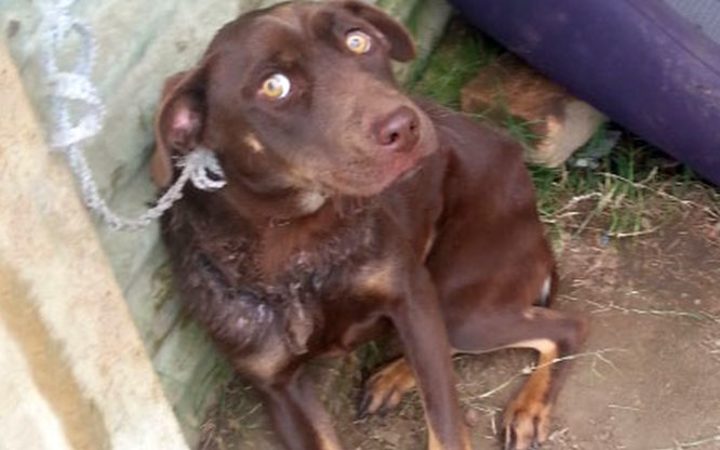 Maggie the dog had a chain embedded in her neck when found. Photo: Supplied / SPCA

The list, which reveals the SPCA's 10 worst cases of animal abuse in New Zealand over the past year, was released today

The animal welfare organisation said this year's ambassador, Maggie, was found tied up with a chain deeply embedded into her neck that, when removed with bolt cutters, revealed "pus-filled wounds up to 7cm wide and 4cm deep around the dog's neck". 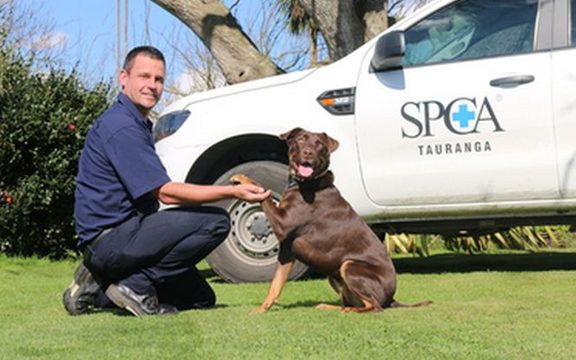 Maggie after her recovery by SPCA. Photo: Supplied / SPCA

Maggie made a full recovery, and has been re-homed with a new family.

This year's list also includes the beating of a Labrador puppy who suffered two fractures to his left hind leg, a female dog who was hit three times on the head with a hammer, and a cat who was found with the tips of her ears cut off.

SPCA chief executive Andrea Midgen said the group dealt with almost 15,000 welfare complaints last year and need the public's support to "end this shameful cruelty in New Zealand once and for all", with its annual appeal launching next week.

"The List of Shame will shock people. It's very clear that with such cruelty going on, the SPCA's work needs to continue - to protect those who cannot speak for themselves."

Just one person in the list of abusers was jailed for the harm they inflicted on an animal, but several others others were disqualified from owning a pet, which the SPCA said was a good step forward.

Maggie's owner was sentenced to 160 hours' community work after being found guilty of failing to take the dog to a vet.

Ms Midgen said animals had several basic needs and they were not generally hard to care for.