Increasing Teina Pora's compensation for his two decades of wrongful imprisonment is the fair and right thing to do, according to newly appointed Prime Minister Jacinda Ardern.

Mr Pora was wrongfully jailed for the rape and murder of Susan Burdett.

The new government has today confirmed it plans to raise Mr Pora's payout to meet inflation.

In 2016, Teina Pora received $2.5 million in compensation, but that was based on dated criteria, and the High Court later ruled it should be raised.

The outgoing National government was considering an appeal, but the new Labour-led administration supported the raise.

"It was always our view that at the time Teina Pora was awarded his compensation package, it was only fair, that given the criteria for setting that compensation was roughly 10 years' old, that Mr Pora's compensation should also be inflation adjusted," Ms Ardern said.

"The government took a different view and we contested that view and made a commitment to ensure that when we were in a position to do so we would do what was fair and right."

"We are very, very pleased that ... they will discontinue the appeal and also indicated that they will look into this issue of inflation adjustment because it does seem that the previous Cabinet did not have the information that this Cabinet will have, and they will look speedily to remedy the situation," he said. 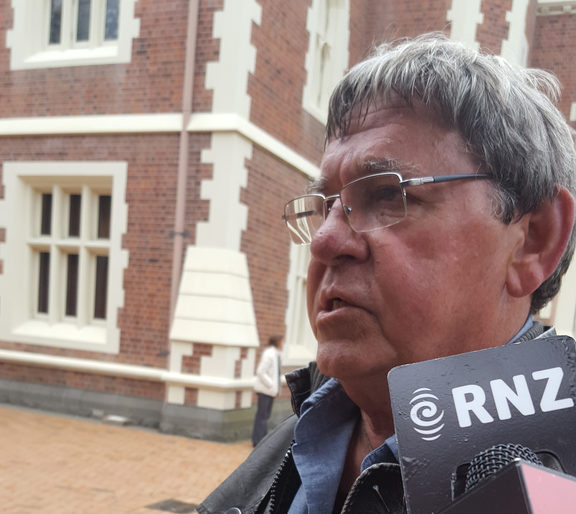 The new government also signalled it plans to bring in a Criminal Case Review Commission to look at similar problematic cases, and that was also something Mr Krebs said he supported.

"Having a commission which is a publicly funded body to take on that role, we think would be a real step forward in making sure that some of these disturbing cases from the past are bought to justice," he said.

The commission could also end up looking at cases such as David Tamihere's, who was convicted of the 1989 Swedish tourist murders.

Yesterday a witness in his 1990 trial was jailed for lying to the jury.

"David's case has been a cloud over the integrity over our justice system for so long that it should be cleared away, and a pardon would be the most appropriate approach in my view."

"He might want to wait to see how quickly we can get a Criminal Cases Review Commission established so that he can have it done in a way that's done in England and Scotland and Norway, which has proven to be very effective and very fair."

Criminal law expert, Professor Chris Gallavin from Massey University, has long been calling for the establishment of such a body.

He told Nine to Noon the courts don't have the power to instigate investigations themselves, and could only consider cases bought to them, so a separate agency was needed to look into the cases that may otherwise go undetected.

"They need to be complemented by an independent agency that can basically go around after them with a brush and shovel and start cleaning up some of those cases that, for many times - no fault of any of the police, the prosecutors, or the courts - have just slipped through the crack and they are clear injustices."

But Dr Bridget Irvine, who co-ordinates the Innocence Project, a volunteer organisation that investigates potential miscarriages of justice, said a commission would have its limitations.

She said even those established in the UK focused on after the fact, rather than prevention.

"The CCRC effectively acts as the ambulance at the bottom of a cliff, but the problem with that is that it gives the public the view that there [are] solutions for these wrongful convictions, but we're not actually addressing the causes. So I'd like to think they might have a side project that's really looking at our processes."