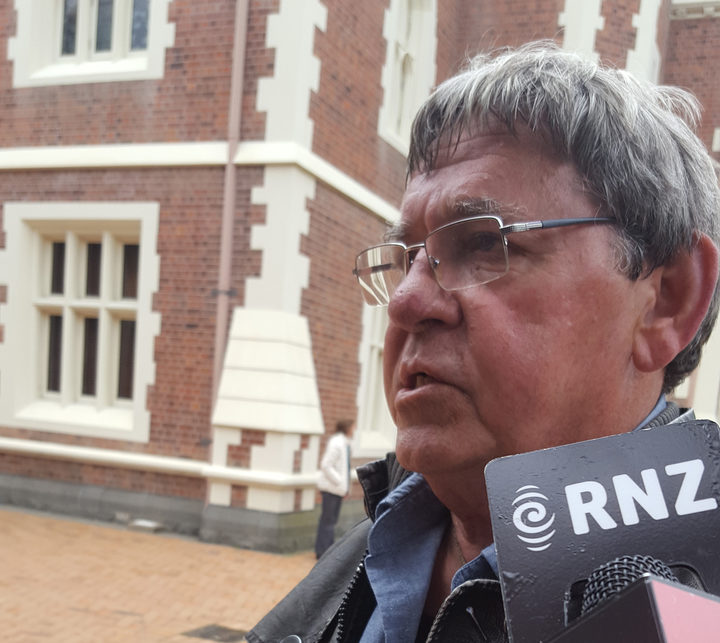 Today one of the three jailhouse informants - Witness C - who gave evidence against Tamihere at his 1990 murder trial was sentenced to eight years and seven months for lying to the jury.

Now Tamihere's lawyer, Murray Gibson, said he would approach the new Prime Minister and ask her to follow the same process Rob Muldoon did in the Arthur Alan Thomas case.

Mr Gibson described today's sentencing of Witness C as another brick in the wall of evidence against his client that is slowly being dismantled.

Witness C told Tamihere's trial that Tamihere had made a number of confessions to him, including that he had sexually abused the Swedish tourists Heidi Paakkonen and Sven Hoglin and that he had dumped their bodies at sea.

After the trial, Mr Hoglin's body was found in a shallow grave. Ms Paakonen has never been found.

Outside Court, Tamihere said the sentence was meaningless but the conviction of Witness C for lying at his trial was the main thing.

"Since I've been convicted, the Crown's case just keeps falling apart, well, bits and pieces keep falling off it and they're just insisting that: 'no, it's still as sound as it ever was'.

"But you've got to reach a tipping point where you say: 'Well, hold on, well, maybe it's time to have another look'."

Tamihere said he did not dwell on what Witness C did to him.

"It's been a long time now.

"If you just keep stewing over it, insanity lies on that side of the door

He said he would not stop trying to get his conviction overturned.

The prosecution of Witness C was brought by career criminal and self-styled jailhouse lawyer Arthur Taylor. Richard Francois prosecuted on behalf of Taylor.

Mr Francois asked Justice Whata to impose the highest possible sentence for the offending, 14 years in prison, saying Witness C's was the worst perjury case the country had seen.

He said Witness C's evidence was important because it dovetailed into the evidence of trampers, who told the court they saw Tamihere with a woman who looked like Ms Paakkonen at a camp site.

"That's where Witness C's evidence is very important because he says that Mr David Tamihere confessed - 'I almost got sprung by these two people'. Now, that of course has been found to be, by verdict of his peers, as lies ... perjury."

Mr Francois said Witness C had also lied to a Human Rights Tribunal hearing and at his own trial, where he initially placed all the blame on his co-accused.

Witness C's lawyer Adam Simperingham said his client poses no future risk of perjuring himself because no prosecutor would ever call him as a witness again.

He conceded that Witness C's evidence was important but said the Court of Appeal also found that it would be surprising if the jury gave Witness C's story much credence.

Mr Simperingham said his client would be appealing. Justice Whata continued the suppression order on an interim basis until the appeal was heard.

In sentencing, the Judge said Witness C must have known his evidence would carry consequences for Tamihere.

"Your perjury is a brazen assault on the foundation of our criminal justice system. It also appears to be the worst example of perjury in this jurisdiction."

Justice Whata said it was not the worst possible offending of its kind, for example identity evidence placing Tamihere at the scene.

He took into account Witness C's age and health.