Power drills, nail guns and electric saws are becoming the items of choice for thieves looking to make a quick buck. 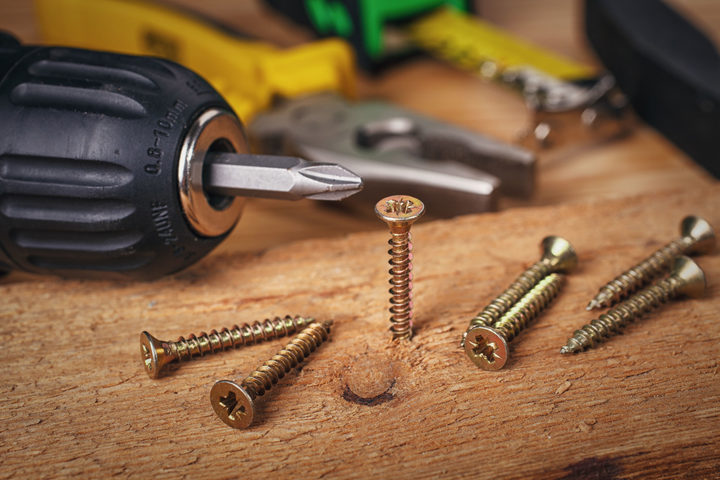 Police said they were seeing a growing number of reports for burglaries at construction sites, and were urging tradies to lock up their toolboxes.

It was something Isiah Reynolds, Pzazz Building managing director in Taranaki, had experienced first hand.

He said his tools worth more than $12,000 had recently been stolen.

The thieves had broken into the container the tools were stored in at a construction site in New Plymouth, and ransacked the property, he said.

The father-of-six said it was a huge blow given what his family was already going through.

"It's probably another kick in the guts because for me ... at the same time our sixth child all year has been in and out of Starship Hospital with heart problems, so it just topped everything off."

He said he knew several other tradies and contractors in the area who had their tools pinched in a similar fashion in recent months and it was incredibly frustrating.

"I don't think they quite know the effect it has, everybody thinks that business owners have got plenty of money but these are things that we've built up over time, it's our bread and butter, it's our income."

Detective Sergeant Grant Carroll said it was likely to be a nationwide trend.

"It would be fair to say that where there's construction going on ... there's an opportunity for bad people to come in and prey off hard-working tradies and it's just got to stop," he said.

"We're asking the tradies to help us, so when someone comes to your site, challenge them, keep an eye out on where your tools are, have them locked up securely at night."

Mr Carroll also urged bargain-hunters seeking second-hand tools to be wary if the deal seemed too good to be true, as the tools could be stolen.

"These poor guys, you start off as a tradie and you've got to buy all your tools and the last thing you need is someone to come in and steal them, and then you're out of pocket.

"It affects your ability to get your career going, and it's just not a good thing."

Dave Mudge from the Registered Master Builders Association said while there was clearly demand for such items, most builders would not buy them.

"I think it could be DIYers or builders who don't have any respect for the industry that would probably take up the offer..

"I would like to think that reputable builders wouldn't give it a second thought."

Mr Reynolds said those sites should require sellers to post the tool's serial number, which would help weed out thieves selling stolen tools.