An Otago resident bludgeoned his neighbour to death after calling for police to intervene in their ongoing dispute several times. 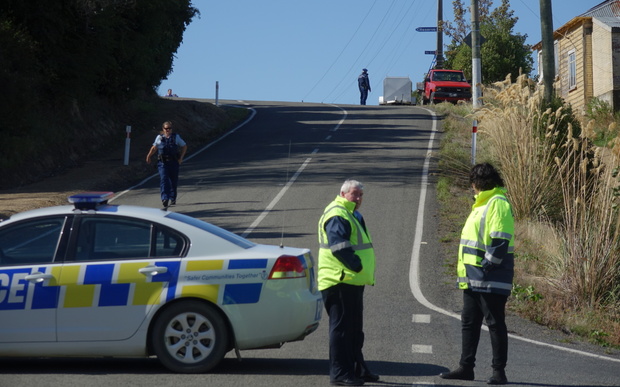 Stephen Findlay, 60, was today jailed for life with a minimum non-parole period of 11 years for the murder of 54-year-old Sharon Comerford.

The murder took place in the sleepy seaside township of Seacliff, about 30km north of Dunedin.

Findlay beat Ms Comerford to death with a blunt instrument on the night of 7 March last year.

The following morning he walked to the nearby Truby King Reserve, placed a .308-calibre rifle into his mouth and pulled the trigger.

He survived, but was critically injured.

Justice Rachel Dunningham said it would be manifestly unjust to impose the minimum non-parole period of 17 years, considering the element of provocation and Findlay's injuries sustained from his suicide attempt.

On the morning of 7 March, 2017, Findlay walked to Karitane, a nearby town about 6km from Seacliff, and bought a 3L cask of wine, a summary of facts said.

On his way home the victim drove past him, prompting him to send a text message to a local police officer.

In the message he claimed the victim "shaved me very close with her vehicle while I was walking home".

He claimed she had done that "deliberately to intimidate". 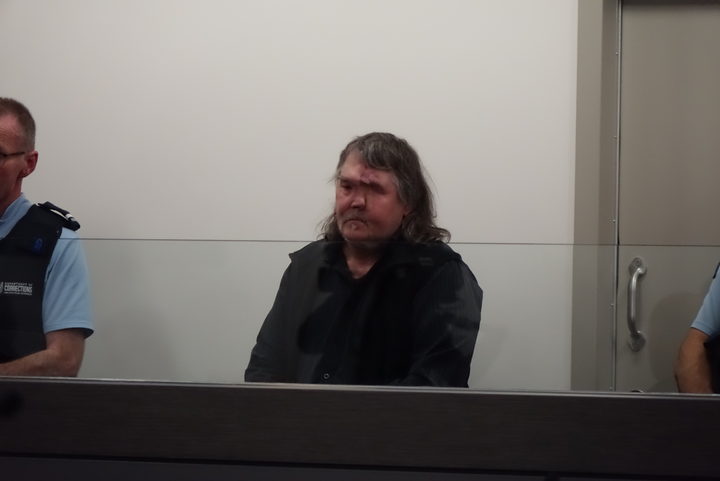 About 7pm that day, he went to the victim's home and smashed the headlights of Ms Comerford's vehicle and a window of her house.

"The defendant then attacked the victim in her home, striking her to the head with a blunt instrument approximately 12 times," the summary said.

"The sustained beating caused significant deformation of the victim's skull."

About 5am the next day, he went to the reserve and shot himself.

"The blast of the gun shot has caused significant damage to the defendant's face including removal of part of his nose and an eye," the summary said.

The attack and suicide attempt followed a protracted and turbulent history between the pair.

Mrs Ablett-Kerr said Findlay and Ms Comerford had been in an on-again-off-again relationship for six years.

"It had been a difficult relationship ... both the deceased and the defendant were alcoholics," she said.

The relationship came to a head last year.

He later became aware Ms Comerford had it and had contacted a female friend of his.

"The defendant believed that this had ruined his chances of starting a relationship with this person," the summary said.

Findlay told others the victim was "mad". He also said he wanted to kill the victim and other residents of Seacliff.

On 18 February 2016, he sought a trespass order against the victim, but ultimately did not pursue the matter after speaking to police.

Two days later he again contacted police after receiving 26 abusive text messages from the victim in the preceding 26 hours.

"The police officer spoke with the victim who acknowledged she had done a 'stupid thing' after being handed the defendant's lost cellphone," the summary said.

"The victim said she had sent texts to people in his contacts to let them know what he was really like."

On 26 February, 2016, he again contacted police about the victim and told them the victim was "growing dope".

"I'd like to thank Sharon's family for their perseverance throughout this ordeal," he said.

"I hope today's outcome will ... bring them with a sense of relief.

"This incident understandably shocked the Seacliff community, and I would like to acknowledge the investigation team's hard work to hold the person responsible to account so they can feel safe again."

"We would like our sister Sharon to be remembered as the creative, talented, intelligent, funny and kind woman she was," Jacqui Comerford and Debi Ogle said in a statement.

"She had a great many friends who knew her for her community spirit and generosity.

"Despite some reports, she was taking steps to improve her life before she was so tragically and brutally taken from us - her family. She was loved and we miss her."

Both sisters read victim impact statements during the sentencing. 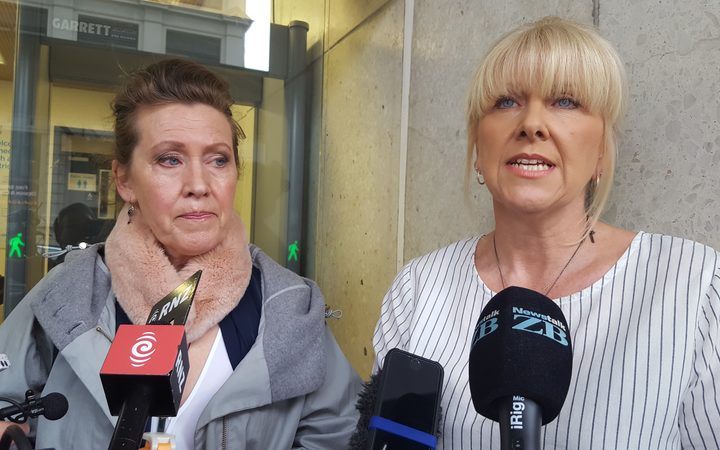 Ms Ogle said she was working to reconnect with her sister before the murder.

"What the defendant did took away any opportunity to do that," she said.

She had contemplated self-harm since the murder.

"I didn't know what anxiety was until Sharon was murdered," she said.

"I was all consumed with the way Sharon died and it was foremost in my thoughts.

"I'm affected by knowing she was scared of dying and the ferocity of her death."

Jacqui Comerford, the victim's identical twin sister, said she had struggled to comprehend her sister's death.

"The horror of how Sharon was taken from me makes the impact far greater," she said.

"People seem to think after a year or more it should be OK. But it's just not. It doesn't work that way because it was a murder."

"There were 12 injuries to the head identified," she said.

"These were not superficial injuries but full thickness head injuries."

Following the attack Findlay disposed of the weapon and it had not been recovered.

Mrs Ablett-Kerr said Findlay had no recollection of the events of the murder as a result of his gunshot wounds.

Findlay had suffered "physical and psychological abuse" at the hands of the victim, she said.

Justice Dunningham said she had to accept provocation played a part in Findlay's actions.

"You were someone who wanted to withdraw from society and live a peaceful and quiet life, and that was impossible with the victim as your neighbour," she said in summation of Mrs Ablett-Kerr's submission on Findlay.

"This wasn't isolated provocation but an ongoing stream of provocation."

Regardless of his reasons he had committed murder.

"Life was taken and it was a brutal murder," Justice Dunningham said.

"I think you need to confront the reality that you may remain in prison for the rest of your life for that murder."

She had the option of imposing a minimum non-parole period of 17 years due to the brutality of the slaying, but considering Findlay's injuries sustained from the gunshot it would be "manifestly unjust".

"The punishment you have inflicted on yourself is life long," she said.