Two Dunedin city councillors are considering asking the auditor-general to investigate a $980,000 golden handshake given to the outgoing chief executive of a council-owned power company.

Earlier this year the former chief executive of Delta Utility Services, Grady Cameron, received a $980,000 payout after resigning from his position.

The resignation came after a Delta linesman blew the whistle on more than 1000 rotting and unsafe power poles that had not been properly maintained.

Councillor David Benson-Pope said when he questioned that payment at a council meeting in September, he was met with a wall of silence.

"To be repeatedly told, 'no, we can't or won't tell you because of the confidentiality agreement that's part of so-and-so's contract' is just totally unacceptable."

However, the makeup of the payment - and whether there was a performance-related component - was withheld, because of a confidentiality clause in Mr Cameron's contract.

Mr Benson-Pope said that was ridiculous, when the company is technically owned by Dunedin's citizens. 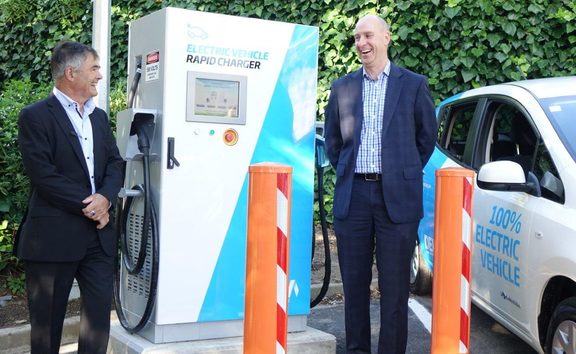 "There's this catch 22 problem of, no, we can't tell you because we signed off on a contract that has a clause in it that says we couldn't.

"If you were the 100 percent shareholder of these companies, you'd want to have full disclosure of information - even if that had to be in confidence."

Delta is not owned by the council directly - instead, it's a council-controlled organisation, owned wholly by the council holdings company, Dunedin City Holdings Limited

This is to protect it from becoming a political football if there are disagreements around how it is run.

But another councillor, Aaron Hawkins, said the sparse detail had led to a lack of accountability.

"That may be an acceptable level of reporting in the private sector, but here we're talking about publicly-owned companies. That's public money, and councillors are elected to represent the interests of that public. And that's difficult to do under these circumstances."

An employment lawyer, Barbara Buckett, said this was an employment matter between two parties - Mr Cameron, and his employer - and if there was a confidentiality clause, that wins out.

"You've got competing legal interests: if it's settled under the Employment Relations Act, then it's confidential - unless and until the other party agrees to waive it."

Ms Buckett said Mr Cameron and Delta could probably agree to waive that clause if they wished.

Mr Hawkins has now submitted a notice of motion to be heard at the end of this month that would change Delta's company statement of intent and compel it to be more transparent.

And Mr Benson-Pope said he was considering asking the auditor-general to examine the legitimacy of the payout, if there was no movement.