Chippie lovers may have to go without, as a wet winter has caused a nationwide shortage of crisping potatoes. 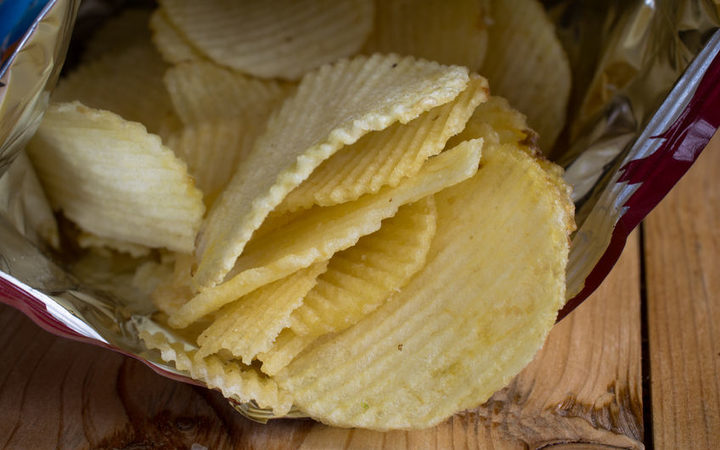 Foodstuffs, which owns New World, Four Square and Pak'n'Save supermarkets, said some of their potato chip suppliers were having "challenges meeting demand" with at least one supermarket warning customers they may have trouble stocking them.

"We are working closely with our suppliers to manage supply as much as possible. It is anticipated new season crops will be harvested in the next few weeks so supply is likely to settle down then," Foodstuffs said in a statement.

The industry body, Potatoes New Zealand, said ceaseless rain this winter was the root of the problem.

"We've had the entire year's worth of rainfall already, so the rainfall is 25 percent above average and while that might not sound like a lot what it means is it's continuous, so the soils never get a chance to dry out," chief executive Chris Claridge said.

That had meant farmers had been unable to get out into the fields to harvest old crops or plant new ones.

"They're unable to get in to plant for the next season so we've got a compounding problem that we've not really been able to catch up on," he said.

"We're probably around about 20 percent behind where we should be."

This would see a 20 percent drop in profits for farmers, who Mr Claridge said were having to dig deep with some working overnight.

"Farmers are trying their best to maintain supply of all vegetables, even to the extent of setting up lights when it's dry enough and working around the clock to try maintain planting and keep up to date.

"It is impacting on farmer's livelihoods because they're simply unable to harvest a crop and get the income."

The problem was restricted to crisping potatoes, which were a specialty potato only grown in certain areas, mostly in the southern Auckland region and Waikato.

South Island growers were chipping in to bolster supply, he said.

With most of the normal potatoes found in supermarkets grown in the South Island, it was unlikely people's mashing, roasting or boiling plans would be hindered.

"Fresh table potatoes won't be a problem.. .so you will have your roast potatoes for Christmas," Mr Claridge said.