Victims of a $5.4 million Ponzi scheme say they're embarrassed their so-called friend fleeced them of their money.

Shane Richard Scott, 60, pleaded guilty to 27 charges filed by the Serious Fraud Office (SFO) and was sentenced in the High Court in Auckland today to four years and eight months in prison. 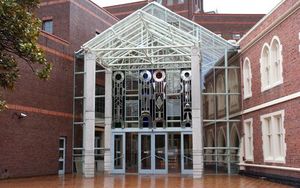 Outside the courtroom some of his victims, who did not want to be identified, told RNZ the sentence was not long enough but were not surprised as it was a white collar crime.

They were deeply embarrassed for being duped but glad it was over. They said severed friendships between victims would unlikely be rebuilt.

The court was told Scott was not a professional investor but befriended people in his neighbourhood, at local rugby clubs and at bars and convinced friends and associates to invest in high-return schemes.

Justice Gordon told the court it was "serious offending of its kind".

Scott received payments from investors for investments in the diamond trade, deals brokered in Thailand, a chicken farm in New Caledonia, property developments, fertiliser export, exporting and importing tyres and heavy machinery, financing importers to pay duties or GST and and credit provision.

None of these investments existed, Crown prosecutor Nick Williams said.

"There were no investments and of course those parties who had their money repaid were simply being repaid by the other victims who came later."

Scott took $5.4 million from his investors and $2.1 million had yet to be repaid to his victims.

"Although the offending was not particularly sophisticated in that [Scott] did not use elaborate or advanced methods to carry out or conceal [his] offending, [he] did go to the length of providing multiple written documents and contracts to investors over the years," she said.

"It was not spur of the moment opportunism."

The amounts invested were significant with individuals putting up hundreds of thousands of dollars, Justice Gordon said.

In the victims' impact statements they spoke of deep regret at having trusted Scott and the profound effect it had had on their lives.

Justice Gordon said the emotional impact on victims' families had been great.

"Some have lost their retirement savings and now struggle to make ends meet. They are hardworking people who will now have to continue working into retirement, despite physical difficulties in doing so."

The court heard Scott sold property to try to pay off his debt. He was declared bankrupt in 2015, and in a letter said he wanted to pay everyone back before he died.

Justice Gordon sentenced Scott to four years and eight months in prison, giving him credit for his remorse and his cooperation with the investigation.

As he left the dock Scott waved back to a tearful supporter in the gallery.