A baby whose body was found in an Auckland Park last year has been laid to rest by the community with song and prayer today. 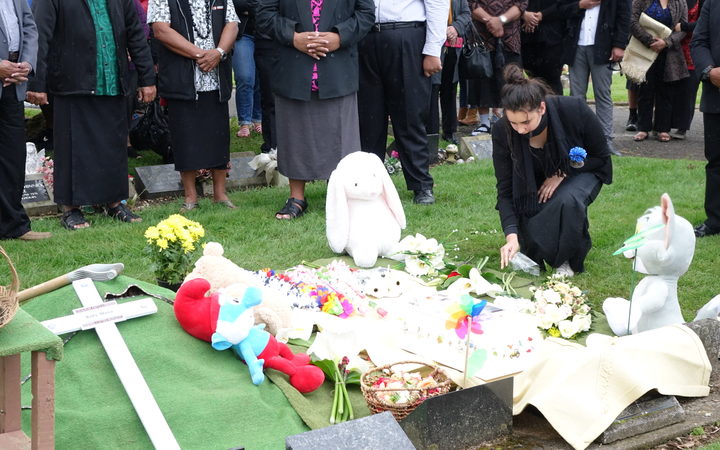 The baby's body was found in a reserve on Mona Avenue in Mangere last November, wrapped in a T-shirt with the words 'Samoan Culture our pride and joy'.

Police were unable to identify the baby boy's mother and released the body a few weeks ago.

Members of the Mangere community rallied together to give the baby - named 'Mona' after the reserve where he was found - a proper funeral service and burial.

About 60 people turned up to his funeral today at the Mangere Lawn Cemetery.

A local youth group sang songs and a priest said prayers before the coffin, decorated in tractor and dinosaur stickers, was lowered into the ground.

Everything at the service including the coffin, flowers and headstone were donated by members of the community. 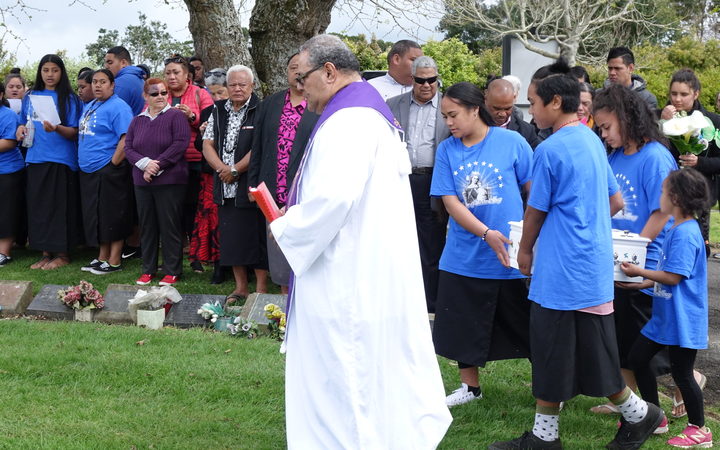 Mangere MP Aupito William Sio, who helped organise the funeral, said the death served as a reminder to other people they do not have to make the same difficult decision the mother did.

"We must not allow this to happen over and over again. There have been very high-profile cases, one where a Samoan woman abandoned a baby in the toilet in an airline, another was a young Samoan woman who threw her baby out a window at Otago University.

"It is a practice that I am aware of, it must stop," Mr Sio said.

He said any young people who have to make difficult decisions need to realise there is help available.

"Even if it is not within their own family, there will be help and love within the community - these sorts of things don't need to happen.

"If the mother of Mona was here today or if she comes to visit his grave I hope she knows she is loved and there is help for her when she decides to seek it," he said.

Mr Sio said he was touched by the turn out at the service.

"We didn't know who the mother was and we didn't want to bury a child without recognising that the child belongs to the community.

"I just can't imagine a baby being buried without any acknowledgement that his life was precious." 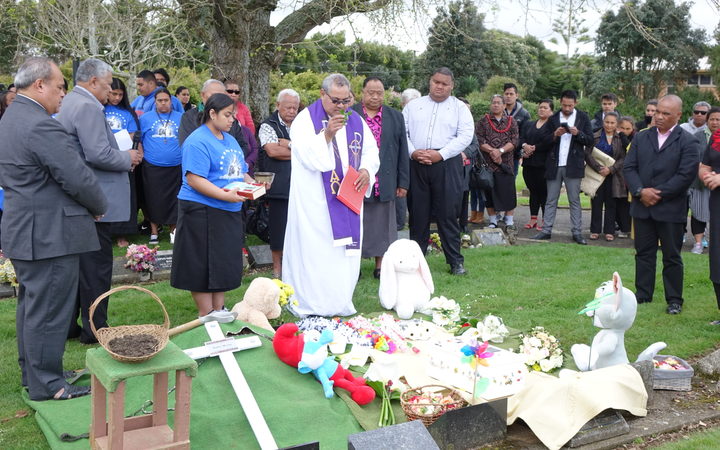