A possible buy out of flood affected homes in Christchurch is being greeted with caution by at least one resident. 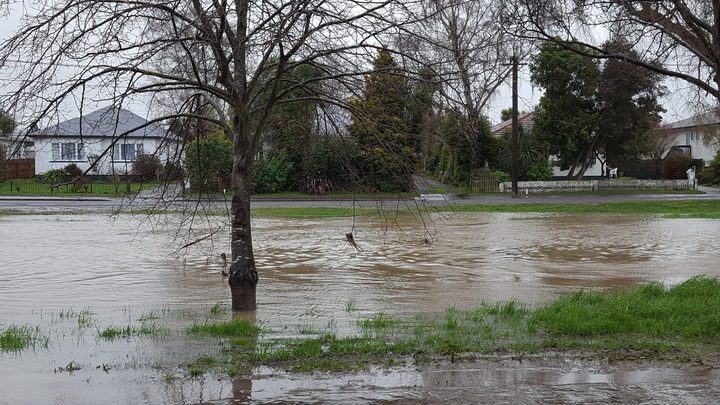 Flooding along the Heathcote River in August this year. Photo: RNZ / Logan Church

In July, 13 homes were flooded above floor level and many others had water in sleep-outs and garages.

Properties along the Heathcote River have been repeatedly flooded in recent years and now the council is considering a range of options to address it.

Alex Hoggan said although he would accept a buy out, he would prefer the flood protection measures being proposed.

"We love this house and we love where we are, we don't want to move, so the number one option for us would be for them to dredge the river and raise the stopbanks or something and put in a reservoir, or anything that would mitigate this constant flooding."

He said every time it rained he worried his home would flood.

Meanwhile, roading crews are on stand-by on Banks Peninsula east of Christchurch due to a forecast of further heavy rain.

The worst of the rain has now passed Christchurch but further heavy falls are due tomorrow and could lead to some streets becoming flooded.

Along the Heathcote River, contractors have been clearing grates and making sure outfalls to the estuary are working as they should be.

Pumps have been deployed to areas of the city vulnerable to flooding but have not been turned on at this stage.