The first rail freight service between Picton and Christchurch in almost a year is due to start this Friday.

The track has been closed since the line suffered extensive damage in last November's earthquake, which diverted thousands of heavy trucks and many more cars than usual, down a make-shift central highway through Marlborough and Tasman.

Businesses along State Highway 63 and beyond quickly adapted, but nine months later on a return trip by RNZ, it is clear the path since then has been one of mixed fortunes. 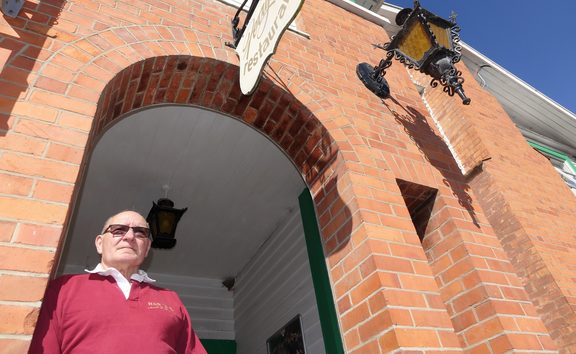 Mike Pink and his wife Hazel bought the Junction Hotel at Spring Creek - on the main road to Picton - in October last year. A month later they were counting their blessings that it was still standing after the quake.

Today, a carousel of freight trucks negotiate a new roundabout outside the hotel's front room. Mr Pink says the changed to traffic flow has made it harder for people to stop at his business, and they've struggled to stay afloat.

"It's nearly put us out of business with the roundabout. We were told in November it would be minimum disruption and it would be finished in March so I said, 'we can probably cope with that'.

"It is now September and it's still not finished, and we're virtually out of business," Mr Pink said. 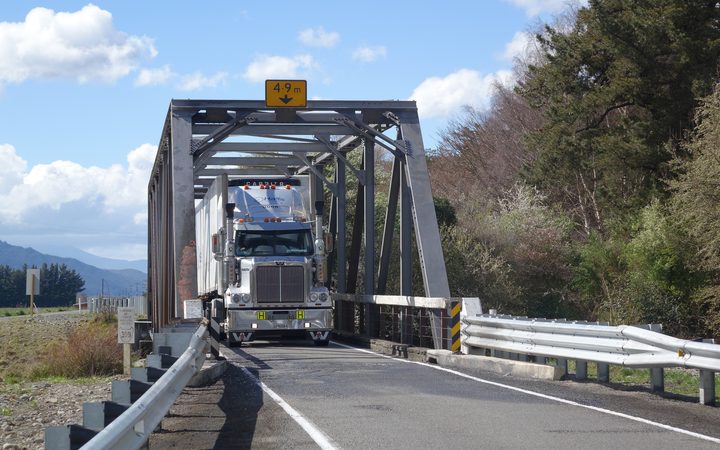 The quake closed State Highway 1 through Kaikōura and diverted more than 1000 cars and trucks daily on to the alternate highway - a road that was never built to handle the volume of traffic or size of trucks.

Roadworks and gangs of repair crews have worked around the clock keeping up with fixing large potholes, damaged bridges and assisting vehicle breakdowns.

KiwiRail expects about 2000 fewer trucks a month on the road through the Wairau Valley to St Arnaud in the Nelson Lakes National Park and to a point near Murchison, with the start of a limited rail freight services between Picton and Christchurch this Friday.

Local farmer Rex Gray said that is good news, but the local tavern owner isn't so sure. David Jackson does not think it will make much difference.

"The truck drivers I've spoken to all seem to think they'll be carrying on doing containers just the same. One guy was telling me that the rail service isn't going to be particularly good - in fact it's going to be worse (than before) and there's only one train a day anyway," Mr Jackson said.

KiwiRail chief executive Peter Reidy said the first train from Picton to Christchurch will run during the day, but after that it will be a limited, low-frequency service at night. 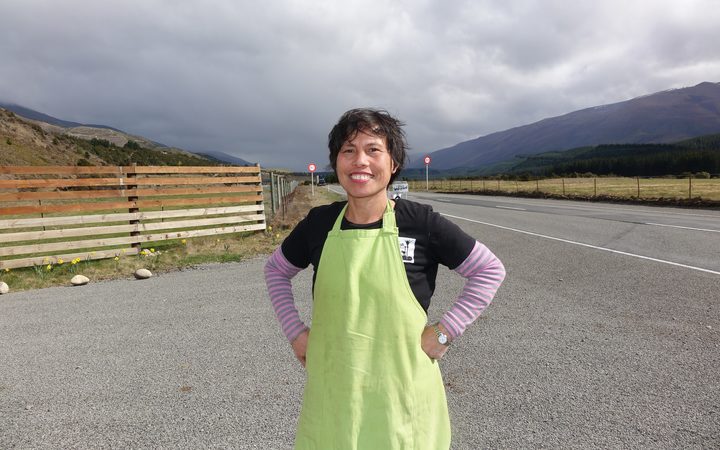 Further down the road from the tavern, mobile food business operator Caridad Apas has had a rough time. Business was booming from her roadside operation, Wheely Wild Food, where she made up to 150 cups of coffee a day and served homemade venison pies.

The Marlborough District Council had to shut down the business after a complaint there was no formal access off the highway. The transport agency helped fund the works needed and the consent was granted.

Ms Apas re-opened a few weeks ago to a warm welcome, but she is not sure what effect less traffic will have.

"Maybe I'll have a lonely table here just for one... but there are a lot of regulars supporting me and they all say, 'good to see you again, good coffee, good food and good service with a big smile, so yes - I'm back on track again."

In St Arnaud, where the traffic has created a boon for local businesses, Alpine Store owner Elaine Richards is now bracing herself for staff layoffs with the expected slow-down. The business had been helping to feed road repair crews, but she says a change by sub contractors to catering suppliers changed that.

"That's been a bit of a kick in the bum for us, because we would have them in here, buying stuff and catering for them but that's all stopped."

Kiwirail said the return of freight services will be marked with celebrations in Christchurch and Kaikōura as the first train travels down the line.