It's a historic day for the descendants of Tūhoe prophet Rua Kēnana as the Crown signs an agreement to grant him a statutory pardon. 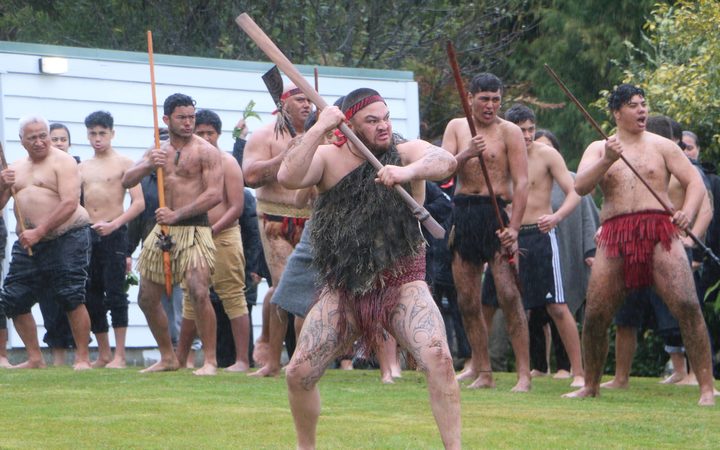 On 2 April 1916, armed police officers raided Maungapōhatu to arrest Mr Kēnana, in the process killing two men, including his son, in an exchange of gunfire.

The prophet was then imprisoned for 18 months for sedition. 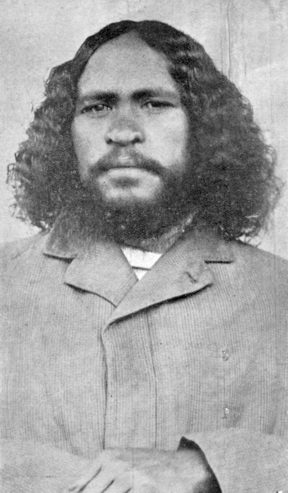 Rain bucketed down and the wind howled today as visitors from across the country were welcomed onto Maungapōhatu Marae, in the heart of Te Urewera.

The famed Tuhoe haka, Te Puuru, rang out in the surrounding valley peaks which were coated by thick fog.

Mr Flavell said he felt a mix of emotions during the ceremony.

He said he was deeply moved by the re-enactment of the 1916 raid of Maungapōhatu last year, and said the community wanted closure from those events.

"To come back to follow up on what the community asked of me one year ago was pretty fulfilling." 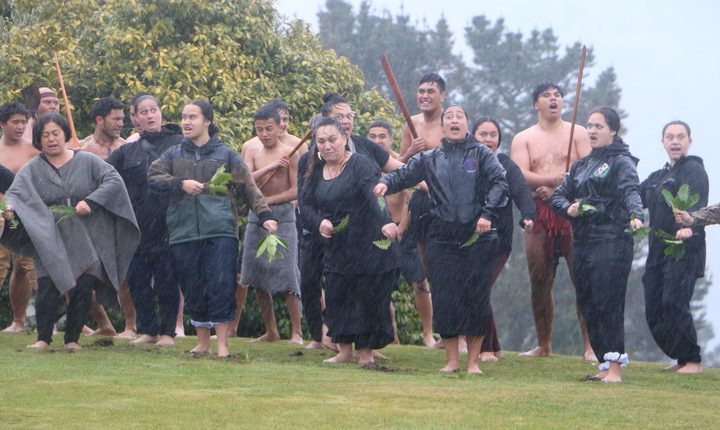 After the powhiri, the event moved inside where the agreement - between the Crown and the descendants of Ngā Toenga o ngā Tamariki a Iharaira me ngā uri o Maungapōhatu - was signed.

One of the signatories, Richard Tumarae, said the pardon would offer the younger generation a chance to move forward from the pain of the past.

"Every time we have a significant event here in Maungapōhatu it always seems to rain.

"Our older people are showing their delight - albeit in tears from heaven." 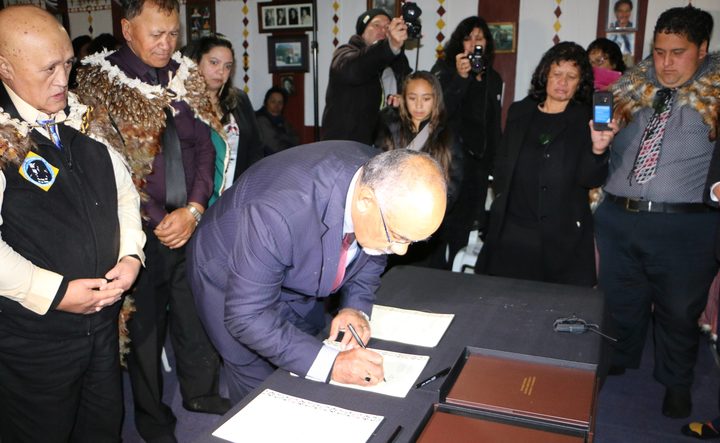 Rangi McClean last came to Maungapōhatu 40 years ago and said the occasion was magic.

Mr McClean said he was fortunate to be one of the signatories on the agreement.

He said once the paperwork was signed, the heavy rain stopped.

"The mist has lifted and to me that's an acknowledgement of our ancestors and pardoning of our tupuna Rua Kēnana."

The agreement comes with a declaration to restore the character, mana and reputation of Mr Kēnana, his descendants, and followers of the Iharaira Faith he founded.

The pardon will be official once legislation has been passed. 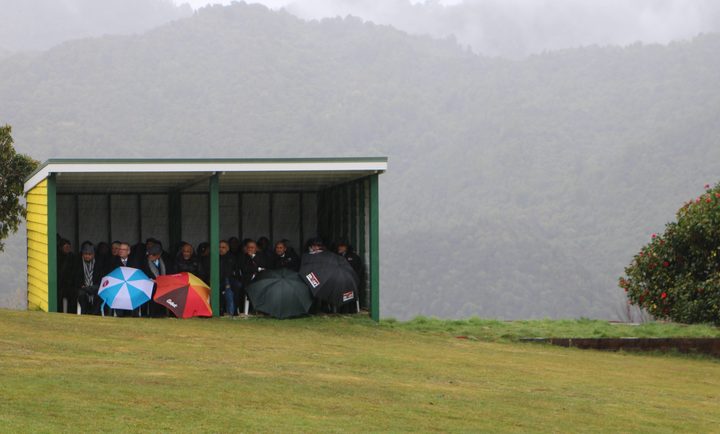