A man who sparked a nationwide police hunt after cutting off his ankle bracelet and going on the run has finally been jailed for importing methamphetamine. 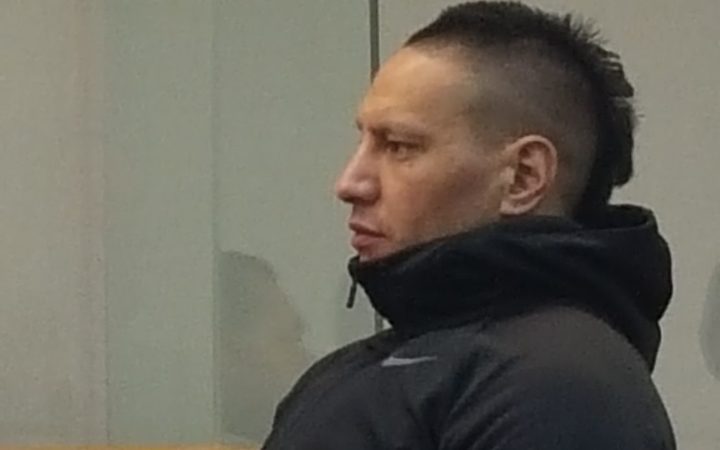 Rollie Heke appears for sentencing at the High Court in Wellington. Photo: RNZ / Anne Marie May

Rollie Heke, 36, was sentenced today in the High Court in Wellington and jailed for five years and five months on charges of importing the drug and conspiracy to import it.

Justice Clark said Heke was already in Rimutaka prison for previous methamphetamine offending when he teamed up with another inmate to bring in more of the drug from Thailand.

The first shipment of 100 grams of methamphetamine was arranged in September 2014 and Heke's mother paid for it from outside the jail.

A second shipment was later arranged, but a joint police and customs operation led to the arrest of those involved before it arrived in New Zealand.

"To arrange importation from within prison requires a level of commitment and forethought and care which elevates it beyond the level intrinsic in [drug] importation."

She said Heke's involvement of his mother was another aggravating feature to his offending.

Heke's lawyer Mark Ryan said his client was no more than a buyer for the drug and said there was no justification for the Crown's suggestion that his sentence be increased because the latest offending occurred behind bars.

"That is to some degree inviting him to be further punished for a sentence he has already virtually effectively served and would lead to a re-punishing of him."

Justice Clark said no discount could be given for rehabilitation efforts, because when Heke was granted electronic bail to attend such a programme he cut off his monitoring bracelet and ran away.

Heke was arrested at a property in the Kaingaora Forest township last month.

He is accused of shooting at police officers during an armed offenders stand-off while on the run, and now faces three charges of attempting to murder the police.

He will be back in court next week on those charges, along with weapons charges.