New Zealand's few Pasifika firefighters are asking members of their communities to help by signing up, with hopes their language skills could save lives. 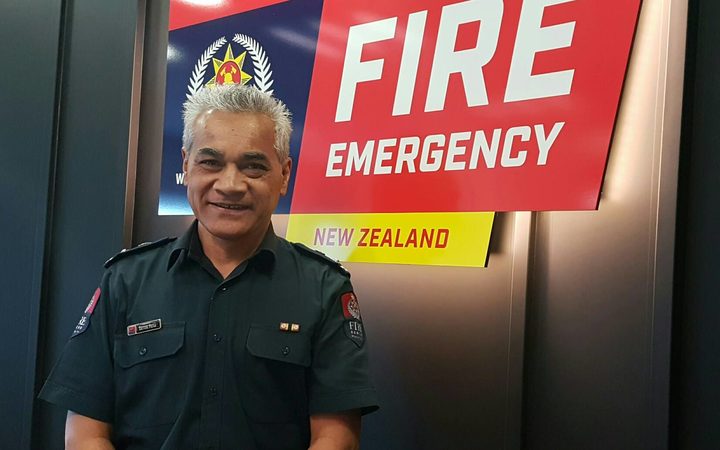 Just one percent, or 136, of all 12,470 Fire and Emergency New Zealand staff are Pasifika, and they only make up four percent of career firefighters. And just 50 of the 9970 rural and urban volunteer firefighters in New Zealand - or 0.5 percent - are Pacific Islanders.

Esitone Pauga was one of only four Pasifika firefighters in the Auckland region when he joined the service after ditching accountancy studies 36 years ago.

There are now more than 60 others, but he said that was a small fraction of the 194,958 Pacific Islanders in the area.

"If you look at Samoans alone, they make up about 10 percent of the Auckland population. There's only about 50 in the paid brigades, so it's really low," he said.

"We've only got five of our Tongan firefighters that speak Tongan, the workload on those guys is quite high, and three Niuean fire fighters, so if you look at those kind of statistics, it's really important that we increase the numbers," he said.

Mr Pauga said many Samoans, Tongans, Fijians, Tokelauans, Tuvaluans and Niueans often overlooked firefighting as a career, so to encourage more of them to join he helped establish Afi Pasefika - a group for Pacific Islander firefighters - back in 2005.

The group is now trying to expand to Wellington and aims to deliver fire safety messages and prevent house fire deaths in Pasifika communities.

Fire and Emergency 111 communicator Nellie Papali'i said when she was growing up in Taita in Lower Hutt, many of her family members, friends and neighbours knew little about staying safe around fire.

"There were no such things as smoke alarms. We didn't have any kind of fire plan as a family in case there was an emergency and even when something did happen it always felt like our family had to sort it out rather than trying to reach out and call 111. 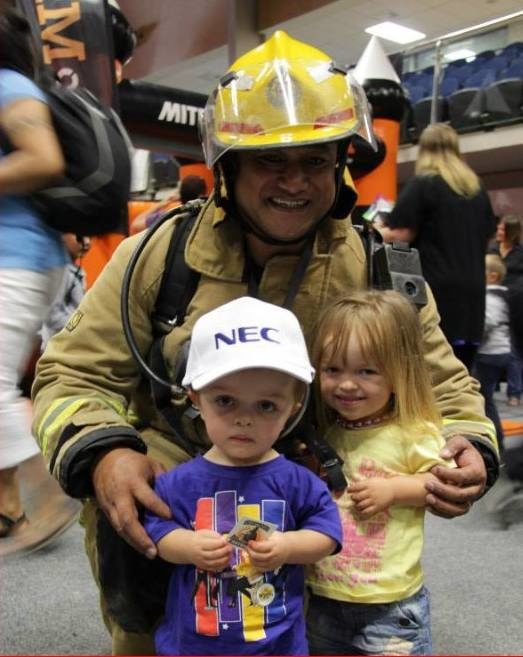 "Often by the time they did it was unfortunately too late. The house was gone or someone got hurt," she said.

The reluctance to ask for help in part came down to the language barrier, something she was trying to help people overcome in her job by answering calls in Samoan.

"I just pick up on their Samoan accent straight away and it's so overwhelming and so rewarding to have that experience and to go home and know that I was able to help someone in my own community.

"And it's not just for 111 calls but for people who are calling asking, 'What do we do if we want to do an umu?' or, 'What do we do if somebody next door is burning rubbish that they shouldn't be?' It's those questions that they're afraid to ask someone who doesn't speak Samoan."

Porirua Fire Station volunteer Paul Setefano agreed speaking the language was crucial to getting fire safety messages through - and having more Pasifika firefighters lay at the heart of that.

The lack of representation was blindingly obvious when he joined up, Mr Setefano said.

"There was a fire close to my mum's house and I went to have a look out on the street and I noticed three or four fire trucks pulled up, but the crew that jumped out, they were all Pākehā firefighters.

Mr Setefano encouraged young Pasifika people to think about a career in firefighting or becoming a volunteer.

"You do it for the good of the community and protecting our communities and potentially our own families.

"It's just about understanding what options are out there for young Pasifika men and women, and it's a viable career, one that offers a lot of flexibility and a lot of reward."