The alternative inland route between Picton and Christchurch has re-opened after a truck crash earlier this morning. 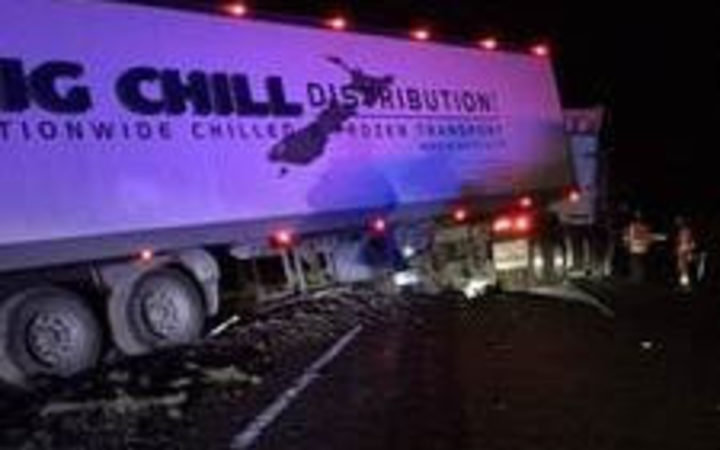 The truck that needs to be removed from SH7. Photo: Supplied / NZTA

Two trucks collided on State Highway 7 between Culverden and the Hanmer Springs turn-off early this morning.

The Transport Agency said a crane was used to lift one of the trucks and the highway was closed at 10.30am, but it has since reopened.

It said there was likely to be a considerable backlog of traffic to clear and motorists should expect some delays.