A gang member who tried to hide a bag of meth on Dunedin's airport roof has told a court his addiction made him feel invincible. 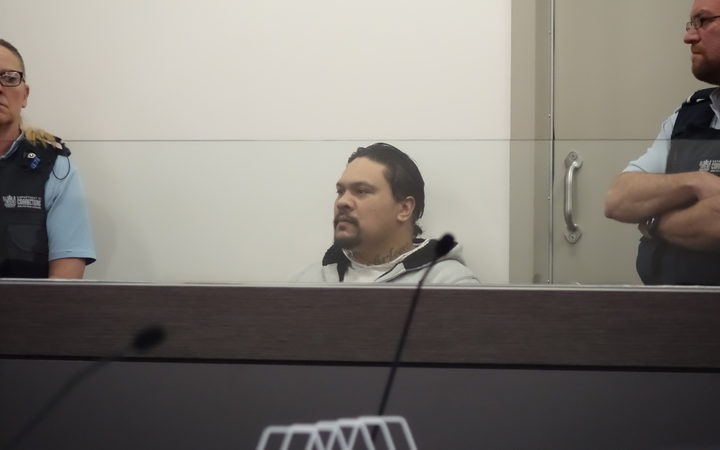 Tauranga man William Wiki was sentenced today in the Dunedin District Court to six years in prison for possession of more than 100g of methamphetamine, or 'P', he was planning to sell around Dunedin.

Wiki, 35, who is a Black Power member, was caught by the police at the airport last September with a small bag of methamphetamine.

Police then found the other bag containing 99g of meth on the airport's roof, where Wiki had thrown it while trying to evade capture.

According to the summary of facts he had come from Tauranga with the aim of selling the meth in Dunedin.

He pleaded guilty to four drug-related charges in June after police revealed they had been tracking his movements and phone text conversations.

In court today Wiki read a letter to the judge, saying when he was hooked on the drug he thought that nothing else mattered.

"While I was using the substance it gave me the impression that I was invincible," Wiki said.

"But now that I am clean I can truly see the damages I have done to my own family, my whānau, my friends and my support network that I have around me," he said.

Wiki said he was thankful for the time in prison that was giving him a chance to change the path of his life, he said.

"This may sound strange your Honour, but I am kind of grateful that I have had this time in prison to get clean, become insightful towards the damage I was doing, and to be still alive and young enough to make another path in my life."

Judge Kevin Phillips praised Wiki for the letter of remorse, but said he now has to walk his talk, and he warned that would be hard.

"You not only have to get this drug thing under control and your addictions ... but you are you going to have to cut your ties with your gang whakapapa, your gang whānau, because if you don't you are going to be back in there," Judge Phillips said.

The judge said he would ask Corrections to keep Wiki in Invercargill prison, rather than Otago, so that he was closer to the drug-addiction programmes he had started.

Another man who is also accused of related offences is yet to stand trial.