KiwiRail has revealed the Kaikōura earthquake cost it $40 million in lost revenue in the year to the end of June. 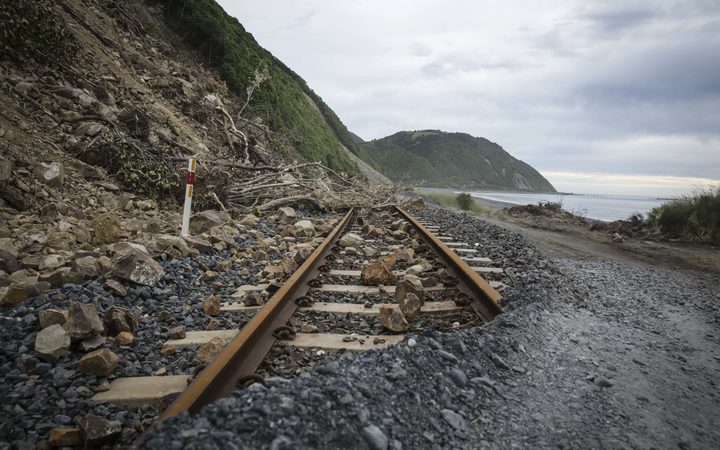 In addition, the cost of repairing the Kaikōura line was added to the books as an impairment of $88 million.

The company said even though that was part of a long-term project, it had to be added to the books for one year under the rules of accountancy - a requirement it described as an anomoly.

KiwiRail said the quake brought an unfortunate conclusion to an otherwise promising year.

"Before November's event took out our major South Island services...we were anticipating a record season for our passenger and freight businesses," company chair Trevor Jane said.

He said the quake pulled company profit before interest, tax and other costs down from an underlying surplus of $92m to $52m, an improvement over last year's result.

Its bottom-line figure was an after-tax loss of $197m.

That stems mainly from the fact that the company had to pay for track, bridges and tunnels itself.

This cost is then covered by a cheque from the government - but it then has to be lodged as a loss on the company accounts.

The appropriateness of this is being reviewed and is attracting robust debate in the current election campaign.

This was offset by two years of productivity improvements worth $18m this year, and $27m last year.

There was also a revenue gain of 7 percent from forestry, which was one of several commodities less affected by the quake.

KiwiRail is also forecasting a rise in tourism this year.