A house has been gutted by fire in the Christchurch suburb of Riccarton.

The Fire Department said no one was inside, and the fire was now out. 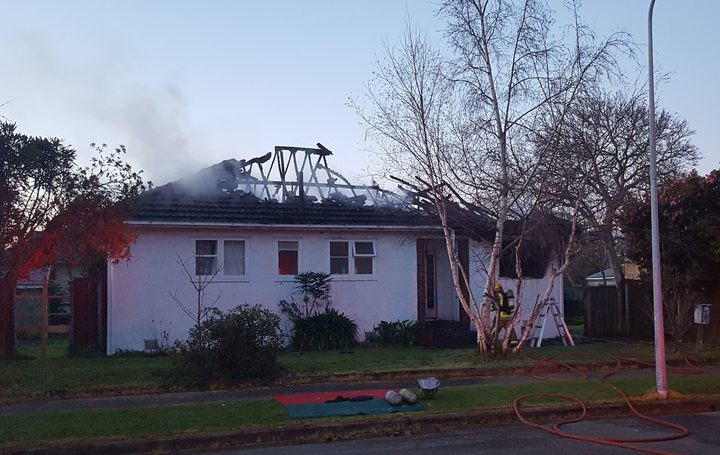 The fire engulfed the home on the corner of Tika Street and Centennial Avenue in Riccarton at about at 3.10pm.

The Fire Service said the cause of the blaze was not yet known.

A nearby resident, Chrissie Green, said she was shocked at how fast the house caught fire.