The Independent Māori Statutory Board said home ownership rates for Māori were lower than general levels, and in the last census 62 percent of Māori children were living in rented homes.

The board has signalled it wants to play a bigger part in developing a strategy involving the council, government, and iwi organisations.

Chairman David Taipari pointed to the Waimahia Inlet development in south Auckland, where most of the 295 homes would be affordable ones and many of those sold under schemes that helped low-income families into their first homes.

"Waimahia has been highly successful, but it's not nearly enough and we need more like it as soon as possible," he said.

Waimahia was developed by the iwi-based Tāmaki Collective, along with NGOs and with assistance from the government.

Some 47 percent of those housed in Waimahia so far are Māori. 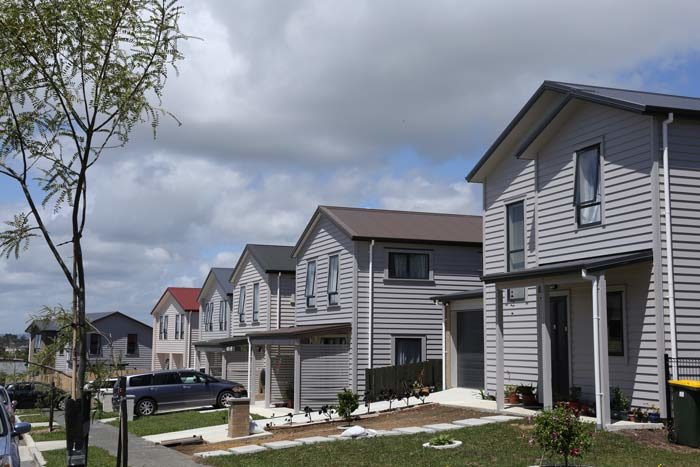 Mr Taipari said the board would like to take on the role of being a champion for getting iwi and other players together in a strategic way.

"When you all work in isolation, it becomes a bit ad hoc and reactive, and I think the times have got beyond that," he told RNZ.

"Māori have the ability to contribute, and as soon as others realise that and genuinely get them into the fold, the better we're all going to be."

Mr Taipari pointed to the ability of iwi to acquire land under treaty settlements, and their experience in labour-skills training and commercial relationships.

He said iwi, including those in the South Island, had started taking a commercial part in affordable housing developments in Auckland.

The board would discuss the idea of a more strategic approach in Auckland, in direct discussions with the government.

Mr Taipari said while the Independent Māori Statutory Board had a seat on the Auckland Mayoral Taskforce on Housing, it was unfortunate that other Māori interests weren't invited.

"There'll be stuff now to happen around the recommendations, and we are very very strong about Māori participation in that, along with others."