Southern Waikato iwi Ngāti Maniapoto has signed an agreement in principle with the government to settle Treaty breaches potentially worth $165 million. 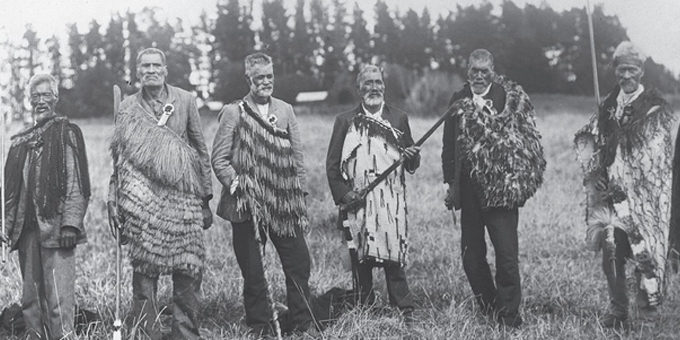 All but one of the Māori veterans of the Waikato War shown here were said to have fought at Ōrākau. They are (left to right) Te Wairoa Piripi, Hekiera Te Rangai, Huihi Pou-Patate, Te Huia Raureti, Mahu Te Mona, and Te Wharerangi Parekawa. The photograph appears to have been taken around the time of the 50th anniversary on 1 April 1914. Photo: Alexander Turnbull Library, 1/1-017975-G, photograph by James Cowan

The iwi is the seventh-largest in the country and is located from Kawhia on the West Coast across to Kihikihi and south to Taumarunui, taking in much of the Pureora Forest and across to Mokau where it meets Taranaki iwi.

The Maniapoto lands were largely off limits to Pākehā and governed by a group of iwi leaders until the early 1880s. 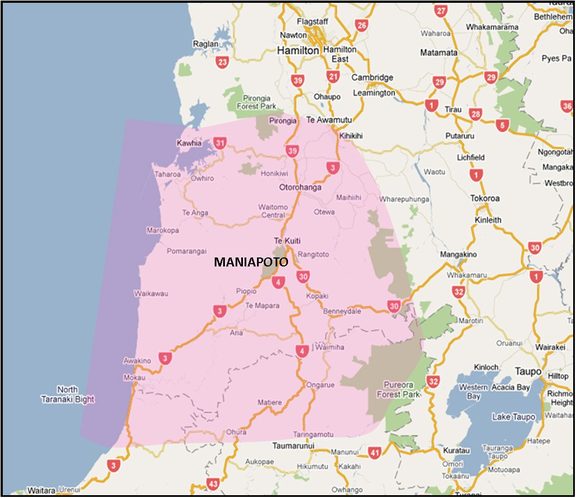 In 1863 Governor George Grey ordered the invasion of Waikato by British troops because the British were threatened by the level of support the Māori King movement enjoyed.

In the King Country, the boundary held up and Ngāti Maniapoto provided shelter for their Waikato and Taranaki whananga which led to the iwi being labelled 'rebels" by the Crown.

In the redress, the Crown has indicated it will apologise for the label, something historian Vincent O'Malley said was significant.

The Crown has indicated the financial redress will be around $165 million and it will apologise to Ngāti Maniapoto for Treaty breaches which caused prejudice for the iwi.

In 1883, two years after the invasion of Parihaka, Maniapoto leaders agreed to open up the King Country and allow the main trunk line through.

"They had seen what happened earlier at Parihaka and the Waikato invasions so they allowed the building of the railway with certain terms attached."

"And so when they eventually do allow for ... the main trunk line to come through their lands, they say 'Yep, you can come through, but don't look to the left or the right', i.e. don't look at our land to the side just take this strip for your railway."

But soon after the rail came, so too did the Native Land Court.

In the redress the Crown will acknowledge that it introduced a new system for the alienation of Māori land, surveying the lands and introduced aggressive purchasing tactics.

In the redress - the Crown will acknowledge that it's representatives acted unjustly.

As part of the redress the Crown will invite Ngāti Maniapoto to develop a list of new geographical names for features within the area. One name that Maniapoto seek to have recognised is Te Ara ā Tūrongo which is the main trunk railway.