Sir John Key has officially been made a knight of the New Zealand Order of Merit today. 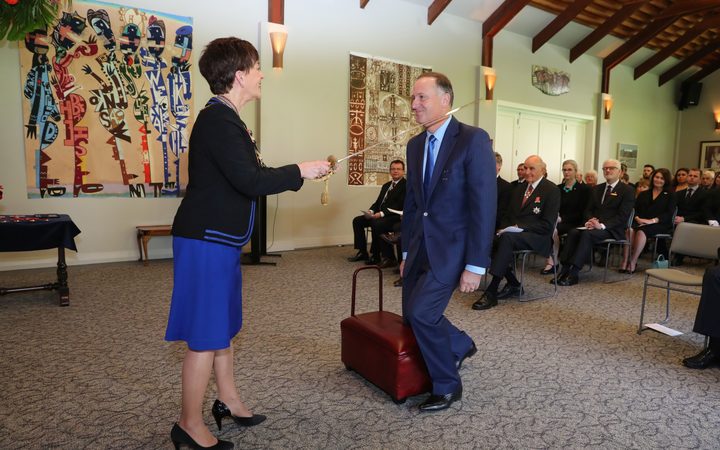 The former Prime Minister received the high honour for his services to the state at a ceremony at Government House in Auckland this morning.

With a wide grin, Sir John knelt before Governor-General Dame Patsy Reddy, who touched each of his shoulders with a sword, before pinning his decoration on him.

His investiture was watched by his wife Bronagh and son Max, as well as other members of his family and Prime Minister Bill English. 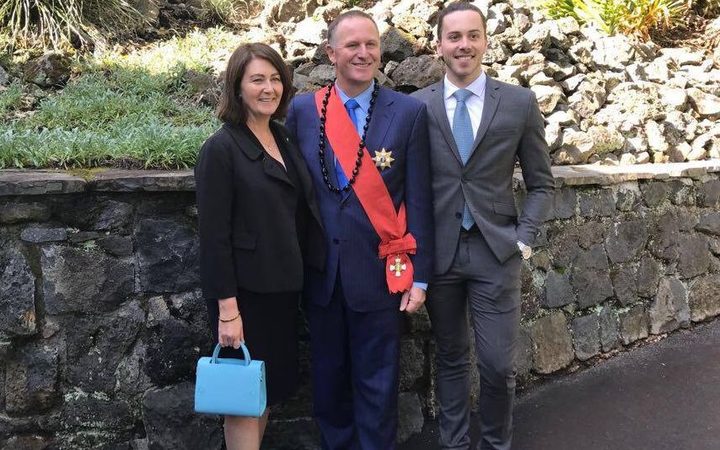 "For the family it's a really special day, it's a lovely thing that I see as recognition for Bronagh and for the kids and the sacrifices they made, but also for so many people that helped me," Sir John said after the ceremony.

His greatest achievement as Prime Minister was leading the country through the global economic crisis, he said.

"Only because it touches the lives of every New Zealander."

His regrets included not being able to solve child poverty and other social issues.

"You can't click your fingers, a solution to every problem.

"No one wants to see children that are hungry or without homes... I'd like to think we made some improvement there but the truth is there are very long term issues," he said.

Sir John was of 13 people to be honoured this morning, including Black Grace founder Neil Ieremia and the artist Fiona Pardington. 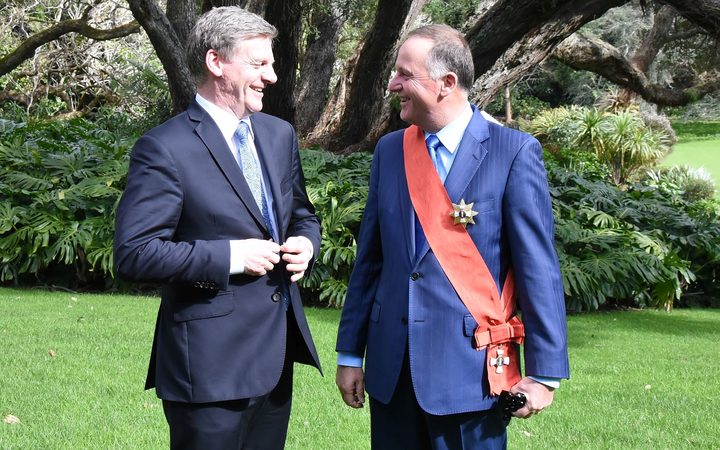 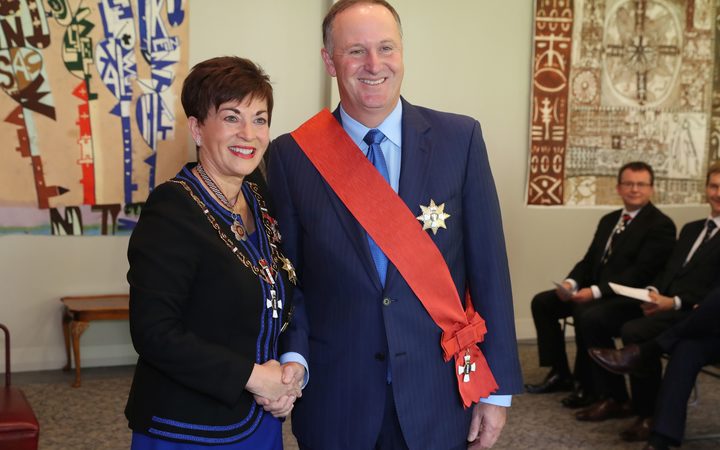