An armed police cordon around part of Morrinsville remained in place overnight, after a gunman shot at police on Sunday morning. 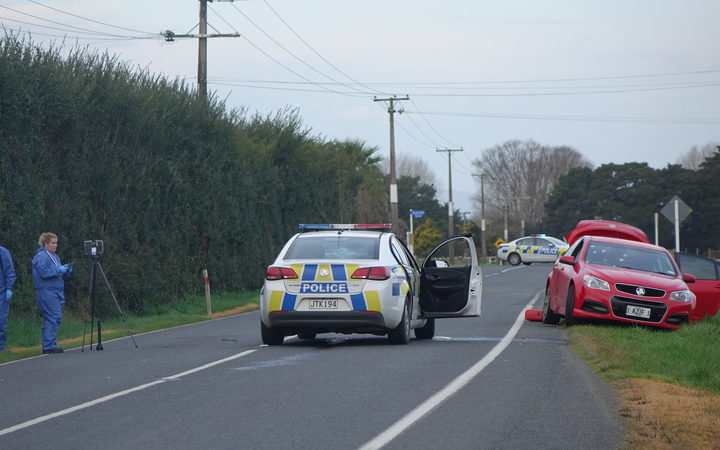 The police said a speeding car an officer was chasing pulled over and one of the three people inside fired shots from a military-style semi-automatic rifle.

Police fired back when back up arrived at the scene on Kuranui Road. Police have spoken to two of the people in the car, but a third man remains at large.

Officers said they would examine the scene again on Monday, and the road between Avenue Road and Scott Road will stayed closed until that is completed.

A Morrinsville resident has described hunkering down in his home, after hearing a volley of gunfire in the police shoot out less than 500 metres away, with the gunman still on the loose.

Craig Burmester and his wife woke to the intense gunfire in the early hours of the morning.

He said he initially thought the shots were fireworks, until he noticed police lights, and later officers, running down Kuranui Road towards his property.

"There was a police car down the end of our road with its lights flashing, but of course being dark and really foggy, we couldn't see what was happening and it was hard to make out where the [shots] was coming from.

"Then a little bit later we saw four figures running towards our house."

He then rang police, thinking the people could have been offenders on the loose, but was told they were officers and to stay inside and turn all the lights off. 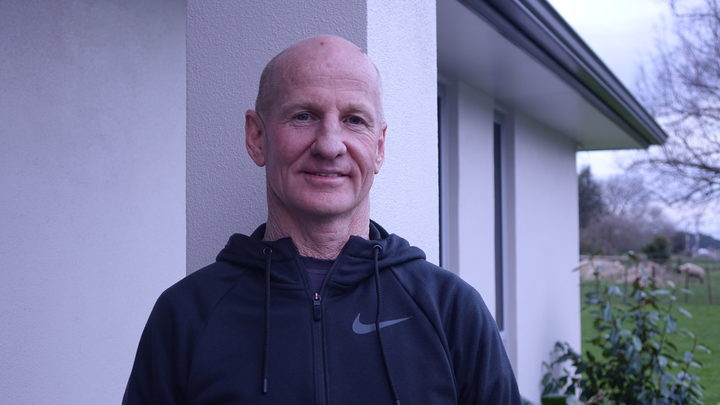 Craig Burmester said he and his wife woke to the intense gunfire in the early hours of the morning. Photo: RNZ / Jessie Chiang

They stayed, hunkered down, as a police helicopter circled above them.

He said the whole ordeal was unsettling.

"Deep down you think it's gun fire, but you don't want to know it's gunfire. It's pretty scary. You could hear two different gun sounds, and quite a few shots went off."

Another Morrinsville resident said she thought about hiding in a cupboard to escape the gunman.

The woman, who doesn't want to be named, lives about 300 metres away from where it happened with her husband and daughter.

She said she woke to the very loud gunshots and sirens.

"You try to be really rational and calm, you don't want to assume the worst but obviously with lots of lights, sirens and choppers, you absolutely fear the worst," she said.

She and her husband ended up staying up most of the night.

"A lot of the time that we were awake for those six hours we certainly contemplated hiding in the cupboard, or [saying] 'which is the safest room in the house?'

"The police actually rang us at 2am to tell us that something happened and that we needed to stay inside with our lights off, and that's what we did, because it's very close, you could see it [the police car] from the playroom window."

She said the police have been keeping in touch with updates and information about road closures.

That helped ease her concerns, but she hoped life would soon be able to return to normal.

"We're just waiting until they find the person, and we can have our lives back and stop walking on eggshells and worrying."

The incident began, shortly after midnight when the gunman, who was speeding with two passengers in a red Holden Commodore, failed to stop for police on Avenue Road.

After an officer gave chase the offender pulled over on Kuranui Road and fired at the officer using a military-style semi-automatic weapon.

Police reinforcements arrived as the officer took shelter, and a gunfight ensued. 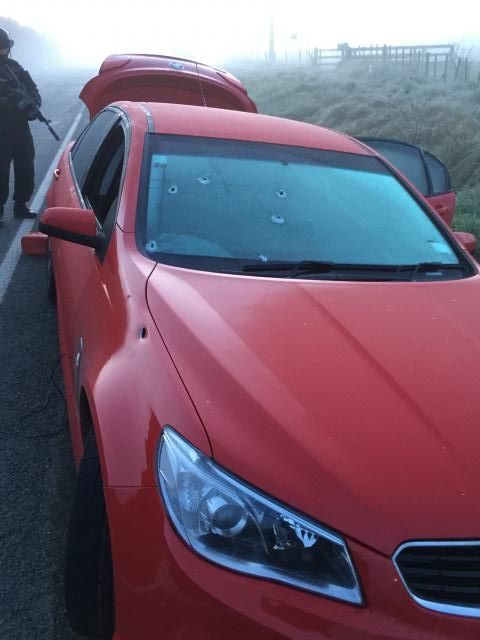 Police want to hear from anyone with information about this 2015 Holden Commodore registration 1AZIF1. Photo: NZ Police

Nobody was injured in the shootout, and the three officers were rescued by Armed Offenders Squad members shortly afterwards.

The police have spoken to two of the people in the car: a man and a woman, aged between 25 and 30.

However the gunman remains at large.

Waikato's district commander Bruce Bird said a 30-strong team was looking for the man, and he asked anyone who had any connection to a red Holden Commodore with the licence place 1AZIF1 to get in touch.

Mr Bird said it was a surreal situation.

"This is quite frightening. It's an attack of an intensity on a police officer that I have not come across in 40 years of my service.

"I think everybody should be vigilant - we just don't know what the mindset of this particular offender is."

Officers will now comb Morrinsville and surrounding areas for information about the offender.

Bruce Bird said anyone with any helpful information should get in touch with the police immediately.