Water features and landscaping are some of the ideas for Christchurch's Cathedral Square, with the organisation overseeing the rebuild releasing a draft concept for the area today. 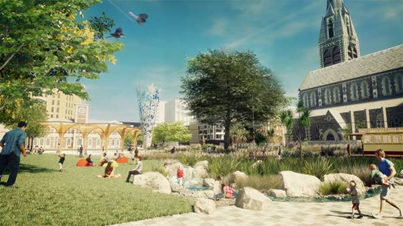 Cathedral Square, in the centre of the city, was badly damaged in the Christchurch earthquakes, with many businesses leaving the area.

Regenerate Christchurch's chief executive Ivan Iafeta said their draft plan could reshape the square, and bring life back to the central city.

In the plan, three gathering places will be established in the square, which will each have the facilities to host different events.

Mr Iafeta said the development will help stimulate investment in the area.

Feedback on the concept is open for the next three weeks.